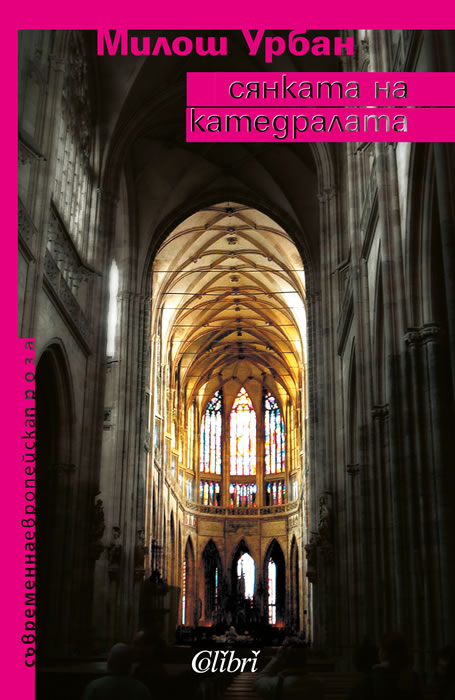 The Shadow of the Cathedral

Milos Urban's latest novel - The Shadow of the Cathedral, appeared in September 2003 - and its main protagonist is none but Prague's Saint Vitus Cathedral, that dominates the city's skyline. As Milos Urban himself points out, in many ways the novel builds on what he was trying to do in The Seven Churches.

"I have to go back to my novel Sedmikosteli again, where I created, or re-created a part of Prague that does not exist any more. I was quite said about this, and I in fact built this part of Prague's New Town again in the book. And now in The Shadow of the Cathedral I wanted to write a book about a different place, a different Prague, the Prague that anybody knows, and the Prague that people from all over the world know and that is the one and only place, Prague's cathedral - Saint Vitus." Urban himself describes The Shadow of the Cathedral as a "sophisticated crime novel with allusions to alchemy, Fulcanellian mysticism, Dante and the pre-Raphaelite brotherhood" - which all sounds rather mysterious. But he is not trying to appeal to an obscure or elite readership. In fact the book sold out within two weeks of appearing in bookshops. The Shadow of the Cathedral has has been translated into German, Dutch, Russian, Hungarian and Bulgarian.

Miloš Urban (born on 1967) is a Czech novelist and horror writer. He is famous for “Sedmikosteli” (The Seven Churches), a dark thriller about Kvetoslav Svach and how he is linked to murders in seven cathedrals in Prague that came out in 1999. It has been acclaimed as a masterpiece of modern gothic, Urban was praised as “the black knight of Czech literature”, the book has been translated into German, Dutch, Hungarian, Russian and Spanish so far. “Hastrman” came out in 2001. It won the prestigious Magnesia Litera Award, and has been translated to Hungarian. A film is going to be made of the novel by the Czech TV. It is a controversial, non-compromising story combining motives from Czech myths and folktales and the problematic issue of ecology.

The Ship of Fools
Gregory Norminton