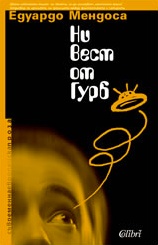 Two aliens on a mission to study the Earth’s fauna land in Barcelona. One of them, Gurb, hides his forms by assuming the looks of a pop star and then disappears. The second member of the crew starts looking for him all over town, meanwhile filling in his diary about the earthlings’ – to put it mildly – strange behavior.