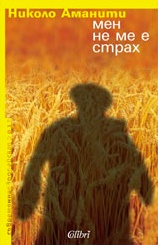 Kidnapping and organised crime are miserable realities in Italy even today and they have been the basis of thousands of thrillers, but Ammaniti’s novel I’m Not Scared is altogether more engrossing and wider in scope. His narrative, a series of short, snappy paragraphs and even briefer, biting sentences, moves with the pace of a crime novel, but the adventure takes place in the mind of a growing boy as well as in the place where he lives. Some of the set-pieces, especially the climactic search and chase at night over fields inhabited by creatures of real and imagined terror, are a tour de force of adventure writing.

Niccolò Ammaniti (born in 1966) is a writer of vigorous imagination and moral subtlety. His novel "Io non ho paura" (I'm Not Scared) was published in Italy in 2001. Publication rights have been bought in the UK, USA, Canada, France, Germany, Spain, Holland, Sweden, Portugal, Brasil, Bulgaria, Taiwan, Thailand, Japan, Iceland, Finland, Poland, Hungary, Serbia, Catalan, Israel, Turkey, Greece, Australia. This book has been Ammaniti's biggest success so far. "I'm Not Scared" has been on the bestseller list in Italy since its release in April 2001 and has won many literary awards. Niccolò Ammaniti is the youngest author ever to win the prestigious Viareggio-Rèpaci prize.