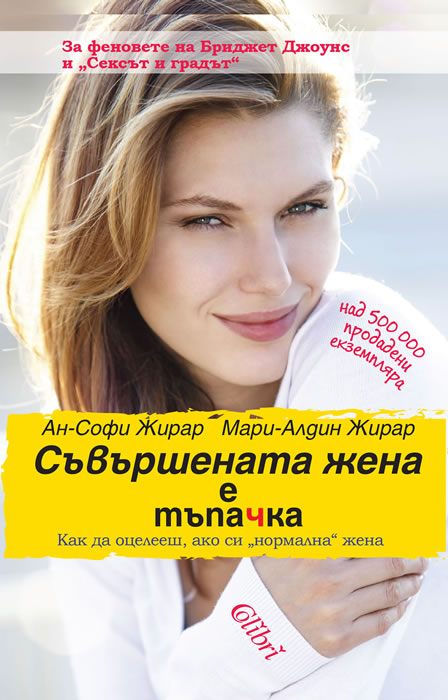 The Perfect Woman Is an Idiot

According to twin sisters Anne-Sophie and Marie-Aldine Girard, the woman who cooks gourmet meals and keeps her figure after having produced numerous children does not exist, and anyone who tries to be like her is an "idiot".

Their book, "The Perfect Woman is an Idiot", A Survival Guide for Imperfect Women, has shot to No 1 on the French bestseller list, suggesting a popular backlash among les Francaises against pressure to be perfect.

"No woman reaches the ideal of perfection held up by the fashion magazines," said Anne-Sophie, a comedian who also presents a cultural television program. "Such perfection does not exist."

Marie-Aldine, a journalist, said the aim of the light-hearted lists of "dos and don'ts for imperfect women" was to "settle scores with all those women's magazines, television series and romantic comedies that present perfect women who make us feel so useless".

One of the sisters' first targets is the idea, reflected in the titles of books such as "French Women Don't Get Fat", that their compatriots always remain svelte, whatever their calorie intake. "A girl who doesn't get fat is a girl who doesn't eat." Even chips are allowed.

Nor should women torture themselves about drinking too much, they say, although it is worth trying to maintain some dignity by not vomiting in public. They also advise it is not wise to make remarks such as, "I was completely smashed that day."

When it comes to sex, claim the sisters, reality is far different from the stereotypes of the seductive French being ready to perform at the drop of a beret. Often a favourite television series or a bit of extra sleep is far more appealing. "The perfect woman is always ready to have sex with her partner," the sisters write. "But we are not perfect."

The book comes with several joke "coupons" to cut out. One has the message: "Valid from today until tomorrow, this coupon exempts the bearer from all sexual activity."

The book claims that many French men have difficulty becoming sexually aroused. "Even worse," the sisters write, "the girls think it's their fault."

Anne-Sophie Girard is a comedian who also presents a cultural television program. Marie-Aldine Girard, her sister, is a journalist. Their book, "The Perfect Woman is an Idiot", A Survival Guide for Imperfect Women, has shot to No 1 on the French bestseller list.