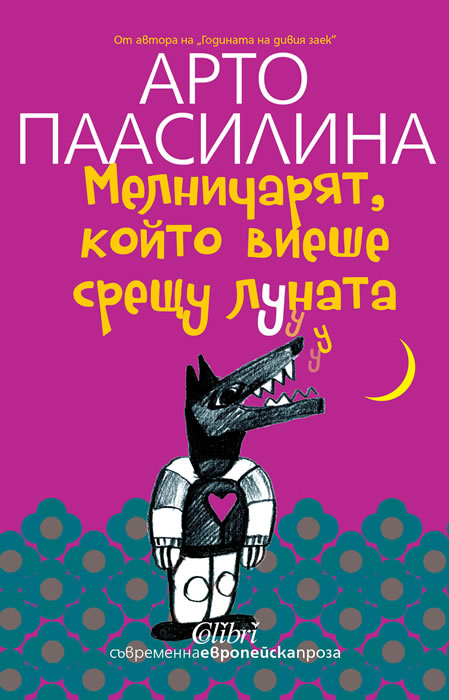 When Gunnar Huttunen turns up in a small village to restore a dilapidated mill, its inhabitants are instinctively wary. He's big. He's a bit odd. And he's a stranger. Everyone loves his brilliant animal impressions but these feelings soon sour when he starts to howl wildly at night.

And once the mean-spirited, small-minded locals realise Gunnar won't conform, they conclude he must be mad. Hounded from his mill and persecuted for being different, only the love of his life and the local drunk stand by him. Can he survive? And how?

Arto Paasilinna was born in Lapland in 1942 when his parents tried to run away from the Germans. His name "Paasilinna" in Finnish means "stone fortress", it was made up by his father who after a quarrel with his parents changed his family name. Arto Paasilinna has worked as a carpenter, agricultural worker, hunter since he was thirteen. Later he became a journalist.

One of three distinguished brothers, Arto Paasilinna is today one of Finland's most successful novelists. Translated into 27 languages, over seven million copies of his books have been sold worldwide, and he has been claimed as "instrumental in generating the current level of interest in books from Finland".

Paasilinna is best known for his 1975 novel The Year of the Hare (Jäniksen vuosi), a bestseller in France and Finland, translated into 18 languages, awarded three international prizes, and adapted twice into feature films.