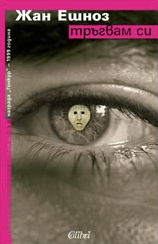 Winner of the Goncourt Prize, this mesmerizing novel is wrapped in layers of male midlife crisis and the Parisian art world. The elegant, fiftyish Ferrer owns an art gallery, and as the book opens, he leaves his wife. Besides being entangled in a series of relationships with much younger and exquisitely beautiful women, he's negotiating a hunt for some rare antiquities in the Arctic, an adventure with all the weird charm of a hallucination. The antiquities are stolen from Ferrer, and he has a heart attack in the street, but it all turns out well. There's a bit of stolen and switched identity; there's a lot of free-floating existentialism; and there are descriptions of texture and feeling utterly pinned to the metaphorical wall.

Jean Echenoz was born on December 26, 1947 in Orange, France. He studied in Rodez, Digne-les-Bains, Lyon, Aix-en-Provence, Marseille and Paris where he has lived since 1970. He published his first book, "Le méridien de Greenwich" in 1979. He has published 10 novels since now and received about ten literary prizes, including the prix Médicis 1983 for "Cherokee", the prix Goncourt 1999 for "Je m'en vais", and the prix Aristeion for "Lac".