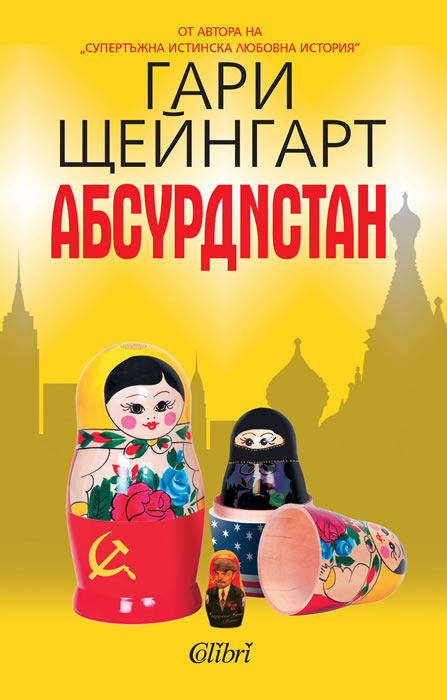 Open Absurdistan and meet outsize Misha Vainberg, son of the 1,238th-richest man in Russia, lover of large portions of food and drink, lover and inept performer of rap music, and lover of a South Bronx Latina whom he longs to rejoin in New York City, if only the American INS will grant him a visa. But it won't, because Misha's late Beloved Papa whacked an Oklahoma businessman of some prominence. Misha is paying the price of exile from his adopted American homeland. He's stuck in Russia, dreaming of his beloved Rouenna and the Oz of NYC.

Salvation may lie in the tiny, oil-rich nation of Absurdistan, where a crooked consular officer will sell Misha a Belgian passport. But after a civil war breaks out between two competing ethnic groups and a local warlord installs hapless Misha as Minister of Multicultural Affairs, our hero soon finds himself covered in oil, fighting for his life, falling in love, and trying to figure out if a normal life is still possible in the twenty-first century.

Populated by curvaceous brown-eyed beauties, circumcision-happy Hasidic Jews, a loyal manservant who never stops serving, and scheming oil execs from a certain American company whose name rhymes with Malliburton, Absurdistan is a strange, oddly true-to-life look at how we live now, from a writer who should know.

Gary Shteyngart (born Igor Shteyngart in 1972) is an American writer born in Leningrad, USSR. Much of his work is satirical and relies on the invention of elaborately fictitious yet somehow familiar places and times.

Shteyngart spent the first seven years of his childhood living in a square dominated by a huge statue of Vladimir Lenin in what is now St. Petersburg, Russia. He comes from a Jewish family and describes his family as typically Soviet. His father worked as an engineer in a LOMO camera factory; his mother was a pianist. Shteyngart emigrated to the United States in 1979 and was brought up with no television in the apartment in which he lived, where English was not the household language. He did not shed his thick Russian accent until the age of 14.

Shteyngart took a trip to Prague, and this experience helped spawn his first novel, set in the fictitious European city of Prava. He is a graduate of Stuyvesant High School in New York City, Oberlin College in Ohio, where he earned a degree in politics, and Hunter College of the City University of New York, where he earned an MFA in Creative Writing.

Shteyngart now lives in the Lower East Side of Manhattan. He has taught writing at Hunter College, and currently teaches writing at Columbia University and Princeton University.

Gary Shteyngart was a Citigroup Fellow at the American Academy in Berlin, Germany, for Fall 2007.