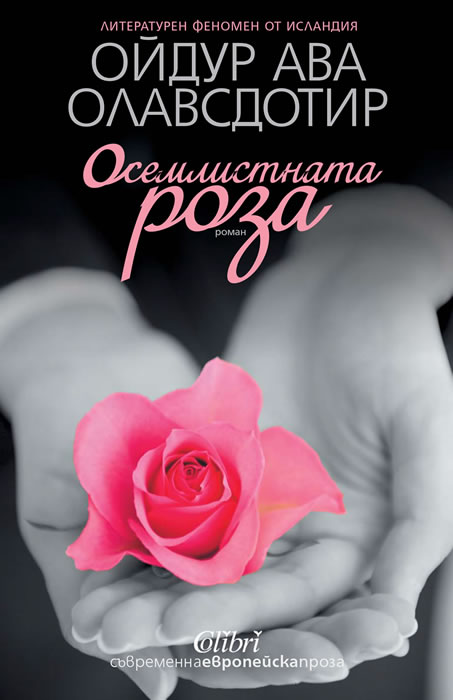 Young Lobbi was preparing to leave his childhood home, his autistic brother, his octogenarian father, and the familiar landscape of mossy lava fields for an unknown future. Soon before his departure, he received an awful phone call: his mother was in a car accident. She used her dying words to offer calm advice to her son, urging him to continue their shared work in the greenhouse tending to the rare Rosa candida. Prior to his mother's death, in that very same greenhouse, Lobbi made love to Anna, a friend of a friend, and just as he readies his departure he learns that in their brief night together they conceived a child. He is still reeling from this chain of events when he arrives at his new job, reinstating the rare eight-petaled rose in the majestic forgotten garden of an ancient European monastery. In focusing his energy cultivating the rarest rose, he also learns to cultivate love, with the help of a film buff monk and his newborn daughter, Flora Sol.

Audur Ava Olafsdottir was born in Reykjavík, Iceland, in 1958. She studied art history and art theory in Paris and is a lecturer in history of art at the University of Iceland and a director of the University of Iceland Art Collection. She has curated art exhibitions in Iceland and abroad, e.g., at the Venice Biennale, and written about art and art history in various media.

Audur Ava is the author of three novels, a book of poetry, and a play. The first novel, "Raised Earth," was published in 1998. "Rain in November" was published to rave reviews in 2004 and received the City of Reykjavik Literary Award. "The Greenhouse" won the DV Culture Award for literature and a women's literary prize in Iceland and was nominated for the Nordic Council Literature Award. Since "The Greenhouse" was published in France in the autumn of 2010 under the title of "Rosa Candida," the book has attracted a great deal of coverage in the French media and received unanimously good reviews. In September 2010, it received the Prix de Page literary award as the best European novel of 2010. The Prix de Page award is determined by a group of 771 bookstores in France, where the book was on the bestseller's list for five consecutive months. The novel was also nominated for three other literary awards in France, including the prestigious Femina award. In January "The Offspring" was shortlisted for the Canadian 2011 Prix des libraires du Québec award. Audur Ava Olafsdottir published "The Hymn of Glitter," a book of poetry, in 2010, and her first play will premiere at the National Theatre of Iceland in September 2011.