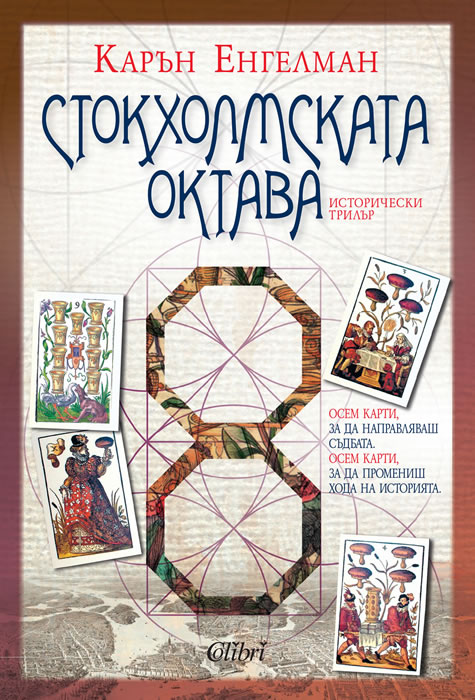 Life is close to perfect for Emil Larsson, a self-satisfied bureaucrat in the Office of Customs and Excise in 1791 Stockholm. He is a true man of the Town - a drinker, card player, and contented bachelor - until one evening when Mrs. Sofia Sparrow, a fortune-teller and proprietor of an exclusive gaming parlor, shares with him a vision she has had: a golden path that will lead him to love and connection. She lays an Octavo for him, a spread of eight cards that augur the eight individuals who can help him realize this vision - if he can find them.

Emil begins his search, intrigued by the puzzle of his Octavo and the good fortune Mrs. Sparrow's vision portends. But when Mrs. Sparrow wins a mysterious folding fan in a card game, the Octavo's deeper powers are revealed. For Emil it is no longer just a game of the heart; collecting his eight is now crucial to pulling his country back from the crumbling precipice of rebellion and chaos. Set against the luminous backdrop of late eighteenth-century Stockholm, as the winds of revolution rage through the great capitals of Europe, "The Stockholm Octavo" brings together a collection of characters, both fictional and historical, whose lives tangle in political conspiracy, love, and magic in a breathtaking debut that will leave you spellbound.

I was born, raised and educated in Iowa, concentrating on the visual arts. I have a BFA in design and drawing from the University of Iowa in Iowa City (missed the Writers Workshop altogether... too bad!) I then moved to Sweden to do graduate work in scene painting. I never completed that degree or painted a single set, but worked as an illustrator and designer in Malmö, Sweden for nine years. New York City was next, and I continued working in print design. It was during this period that I became passionate about writing and eventually received am MFA in Creative Writing at Goddard College in Vermont. "The Stockholm Octavo" is my first novel.
Related Books