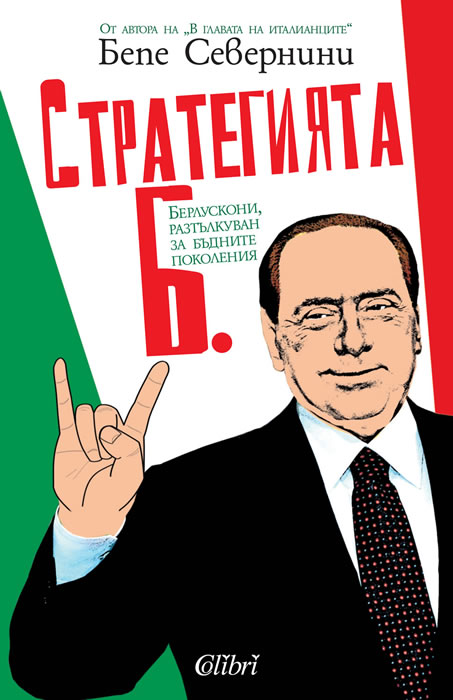 What is it in the operatic Italian psyche that allows-indeed, forgives, even applauds-Italy's premier for conducting a lifestyle as decadent as a Fellini extravaganza, while organizing an ongoing string of questionable behaviors and politically incorrect gaffes not seen since the days of Nero? All this, and yet Mr. Berlusconi remains completely "understood" by so many of his countrymen-some of whom keep coming back for more! Best-selling writer Beppe Severgnini, who by explaining America to Italians humorously immortalized American behavior in his book "Ciao, America!, " now trains his sights on his own countrymen. Through witty yet substantive anecdotes touching on Italy's current political and economic climate, Severgnini decodes the Italian premier's style and appeal, exploring his rise to power and creating a compulsively readable portrait of Italy today.

Born in Crema, Severgnini graduated in law at the University of Pavia. His career in journalism began when, aged 27, he joined the Milan daily newspaper Il Giornale, headed by Italian-journalism legend Indro Montanelli, and he quickly became the paper's London correspondent. In the period leading up to the fall of communism, he worked as special correspondent from Russia, China and several Eastern European countries. When Montanelli left Il Giornale to found La Voce, Beppe followed his mentor. Following the failure of Montanelli's ambitious project at La Voce, Severgnini joined the Corriere della Sera, Italy's biggest newspaper, for which he currently writes. Since 1998, he has written a daily column for the Corriere della Sera called "Italians". The column has grown into a web forum and is among the most widely read Italian sites on the Internet, often featuring emails from Italian expatriates. Severgnini is also a writer for La Gazzetta dello Sport. He appears on radio and TV programs, for RAI and the BBC, and he is host of a debate program on SKY TG24. Every morning, at 8.30, P&C listen to him talking for few minutes at the Italian radio station "Radio Montecarlo" for his daily programme called "Italians". Between 1996 and 2003, he was the correspondent from Italy for The Economist.

His books, published in Italy by Rizzoli, are mainly about his experiences living and working abroad. He has also written three books about Inter Football Club, of which he is a well-known supporter.