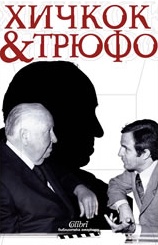 This book is a classic study of the great director and his films, comprising a series of dialogues between Hitchcock and Truffaut.

Any book-length interview with Alfred Hitchcock is valuable, but considering that this volume’s interlocutor is François Truffaut, the conversation is remarkable indeed. Here is a rare opportunity to eavesdrop on two cinematic masters from very different backgrounds as they cover each of Hitch’s films in succession. Though this book was initially published in 1967 when Hitchcock was still active, Truffaut later prepared a revised edition that covered the final stages of his career. It’s difficult to think of a more informative or entertaining introduction to Hitchcock’s art, interests, and peculiar sense of humor. The book is a storehouse of insight and witticism, including the master’s impressions of a classic like Rear Window (“I was feeling very creative at the time, the batteries were well charged”), his technical insight into Psycho’s shower scene (“the knife never touched the body; it was all done in the editing”), and his ruminations on flops such as Under Capricorn (“If I were to make another picture in Australia today, I’d have a policeman hop into the pocket of a kangaroo and yell ‘Follow that car!’”). This is one of the most delightful film books in print.

François began to assiduously go to the movies at 7. He was also a great reader, but not a good pupil. He left school at 14 and started working. In 1947, aged 15, he founded a film club and met Andre Bazin, a French critic, who became his protector. Bazin helped the delinquent Truffaut and also when he was put in jail because he deserted the army. In 1953, he published his first movie critiques in "Les Cahiers du Cinema". In this magazine, Truffaut and some of his friends as passionate as he is, became defender of what they call the "author policy". In 1954, as a test, Truffaut directed his first short film. Two years afterwards, in 1956, he assisted Roberto Rossellini for some later abandoned projects.

1957 was an important year for him: he married Madeleine Morgenstern, the daughter of an important film distributor, and founded his own production company "Les Films du Carrosse"; named after Jean Renoir's "Le Carrosse d'or", (1952) (The Golden Coach). He also directed "Les Mistons", (1957), considered as the real first step of his cinematographic work. The other big year was 1959: the huge success of his first full-length film "Les Quatre cents coups", (1959) (The 400 blows) was the beginning of the "New Wave", a new way of making movies in France. This was also the birth year of his first daughter Laura Truffaut.

From 1959 to his death, François Truffaut's life and films are mixed up. Let's only note he had two other daughters Eva Truffaut (b. 1961) and Josephine (b. 1982 of French actress Fanny Ardant). Truffaut was the most popular and successful French film director ever. His main themes were passion, women, childhood and faithfulness.