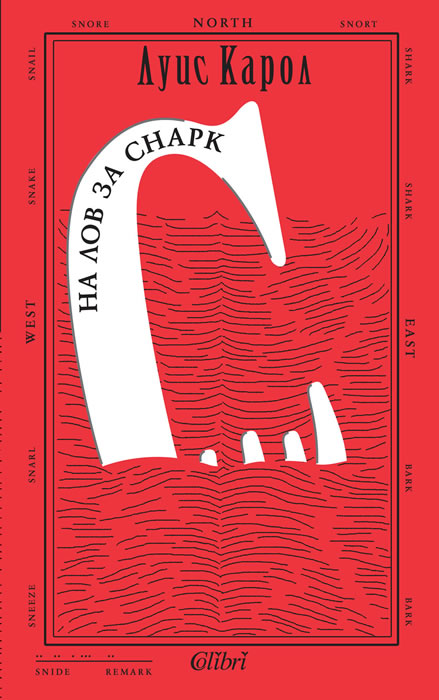 The Hunting of the Snark

It is Lewis Carroll's sublimely weird nonsense epic about an ill-fated hunting mission by a group of bizarre characters. Carroll says of his eight fits of Snarkdom that there is no real symbolism - the Snark is just a Snark. Or more precisely, a Boojum. Numerous scholars have pooh-poohed this, arguing that no Victorian writer can understand how he is influenced by his time, insisting that the Snark-hunt is an analog for any number of human journeys that ultimately end in ruin (e.g. seeking material wealth or advanced social position). And Gardner gives their arguments due consideration, including a discursively hilarious parody of Snarxist academia. But my favorite theory has to be Gardner's, that the Snark, to contemporary readers, most closely represents existential nonbeing, not so much because I agree with it, but because it perfectly captures the zeitgeist of 1962, when the world was one thumb on a button away from nuclear annihilation.

Charles Lutwidge Dodgson, better known by the pen name Lewis Carroll, was an English author, mathematician, logician, Anglican clergyman and photographer. His most famous writings are Alice's Adventures in Wonderland and its sequel Through the Looking-Glass as well as the poems "The Hunting of the Snark" and "Jabberwocky", all considered to be within the genre of literary nonsense. Oxford scholar, Church of England Deacon, University Lecturer in Mathematics and Logic, academic author of learned theses, gifted pioneer of portrait photography, colourful writer of imaginative genius and yet a shy and pedantic man, Lewis Carroll stands pre-eminent in the pantheon of inventive literary geniuses. He also has works published under his real name.