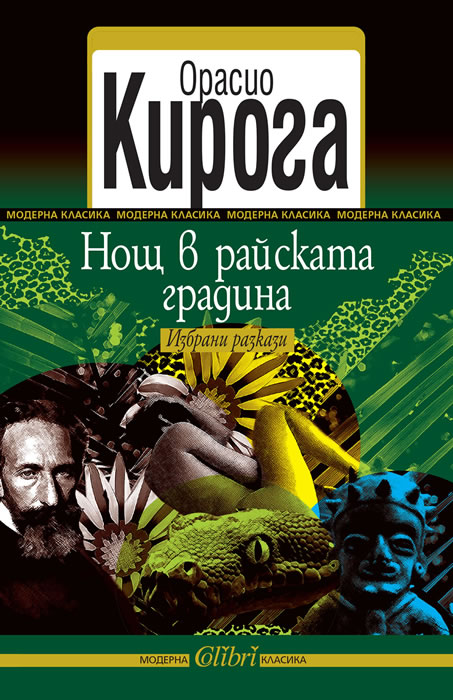 Tales of Love, Madness and Death

This collection of stories includes tales about illness, despair, exile, and human brutality. The author himself compiled the selection. Held to be among the greatest writers of short-fiction, Horacio Quiroga has been compared to Kipling and Poe.

Horacio Silvestre Quiroga Forteza (31 December 1878 – 19 February 1937) was an Uruguayan playwright, poet, and short story writer. He wrote stories which, in their jungle settings, use the supernatural and the bizarre to show the struggle of man and animal to survive. He also excelled in portraying mental illness and hallucinatory states. His influence can be seen in the Latin American magic realism of Gabriel García Márquez and the postmodern surrealism of Julio Cortázar.

Follower of the modernist school founded by Rubén Darío and being an obsessive reader of Edgar Allan Poe and Guy de Maupassant, Quiroga was attracted to topics covering the most intriguing aspects of nature, often tinged with horror, disease, and suffering for human beings. Many of his stories belong to this movement, embodied in his work Tales of Love, Madness and Death.

Especially in his stories, Quiroga describes the tragedy that haunts the miserable rural workers in the region, the dangers and sufferings to which they are exposed, and how this existential pain is perpetuated to succeeding generations. He also experimented with many subjects considered taboo in the society of early twentieth century.