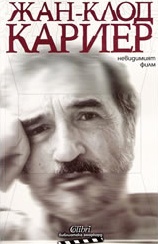 “The good screenplay is that one from which can be born a good film. When the film exists, the screenplay is already gone.” These are the words of one of the greatest screenplay writers - Frenchman Jean-Claude Carriere.

Jean-Claude Carrière was born on September 19, 1931 in Colombières-sur-Orb, Hérault, France. He was a frequent collaborator with Luis Buñuel. He is president of "La Fémis". Some notable screenplays he has written or co-written include: "Belle de Jour", "The Discreet Charm of the Bourgeoisie", "Milou en Mai", "The Phantom of Liberty", "That Obscure Object of Desire", "The Unbearable Lightness of Being", "Valmont", and "Chinese Box". He also collaborated with Peter Brook on a film version of the ancient Sanskrit epic, "The Mahabharata".