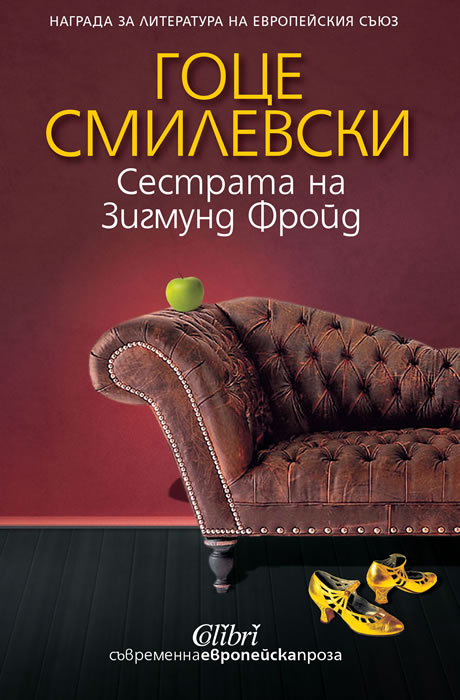 Vienna, 1938: With the Nazis closing in, Sigmund Freud is granted an exit visa and allowed to list the names of people to take with him. He lists his doctor and maids, his dog and his wife’s sister, but he doesn’t list any of his own sisters. The four Freud sisters are shuttled to the Terezín concentration camp, while their brother lives out his last days in London.

Based on a true story, this searing novel gives haunting voice to Freud’s sister Adolfina—“the sweetest and best of my sisters”—a gifted, sensitive woman who was spurned by her mother and who never married. From her closeness with her brother in childhood, to her love for a fellow student, to her time with Gustav Klimt’s sister in a Vienna psychiatric hospital, to her dream of one day living in Venice and having a family,Freud’s Sister imagines the life of a woman lost to the shadows of history with astonishing insight and deep feeling.

"A young heir to Gunter Grass and Jose Saramago, Smilevski might be the newest of a rare thing -- a living European novelist with a message for the future of his continent." - Joshua Cohen, Forward.

Goce Smilevski was born in Skopje, in 1975.He was educated at the Charles University in Prague, at Central European University in Budapest and at Ss. Cyril and Methodius University in Skopje. He is the author of the novels CONVERSATION WITH SPINOZA and SIGMUND FREUD'S SISTER.