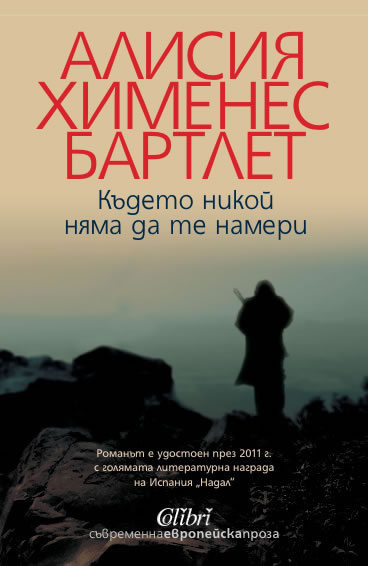 Where No One Will Find You

The novel tells the story of a psychiatrist and a journalist looking for a sling hidding  in the mountains. It Is based on the real character of Teresa Pla Meseguer, a maquis known as "La Pastora" or "Fulgencio." Gimenez wanted to dedicate the award to Ana Maria Matute, the latest winner of the Cervantes Award.

Giménez Bartlett explores in this book the kaleidoscopic possibilities of the character, who was born with a malformation, hampering the identification of sex at first, but eventually was recorded as a child.

The legend that surrounding the character who after suffering humiliation by the Guardia Civil,officers Teresa Pla, who later also became known as Durruti, joined the maquis, probably due to revenge instead of ideological conviction.

The author, regarded as the Spanish lady of crime thanks to her series on Inspector Petra Delicado, has won Nadal Prize due to her work "Where No One Will Find You".

Alicia Giménez Bartlett was born in Almansa, Spain, in 1951 and has lived in Barcelona since 1975. After the enormous success of her first novels, she decided to leave her work as a teacher of Spanish literature, and to dedicate herself full-time to writing. In 1997, she was awarded the Feminino Lumen prize for the best female writer in Spain.

She subsequently launched her Petra Delicado series, quickly making her into one of Spain’s most popular and beloved crime writers.