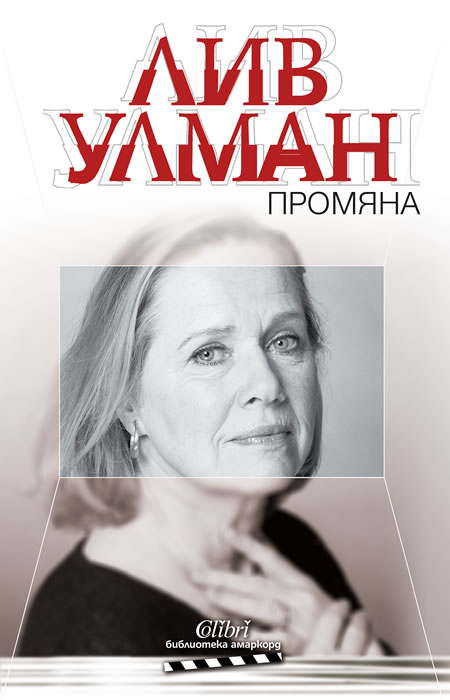 This is a reflective autobiography by one of the world's most famous actresses. In this book Liv Ullman tells about her Norwegian childhood and her present life as 'star of stage and screen'. Her relationship with the father of her child, and also her director in her greatest roles, Ingmar Bergman is part of this work. In one important sense it seems, however, that the central relationship in the work is between Ullmann and her daughter Linn. Ullmann has a certain guilt that her career has deprived her daughter of many shared hours with her mother. Ullmann very often goes from past to present, from present to past in ways which can be confusing. But her fundamental story is told clearly.

Liv Johanne Ullmann (born December 16, 1938) is an Oscar-nominated Norwegian actress, author and film director. She played lead roles in nine films by Ingmar Bergman, with whom she had a daughter, Norwegian author Linn Ullmann. The consummate psychological actress, she was the object of critical acclaim the likes of which haven't been seen since the 1970s (awards include three Best Actress prizes from the prestigious National Society of Film Critics, two from the National Board of Review, a threesome from the New York Film Critics Circle, and one Golden Globe as well as a LAFCA honor). She was nominated twice for an Academy Award (for "The Emigrants" and "Face to Face"), and published two successful biographies.