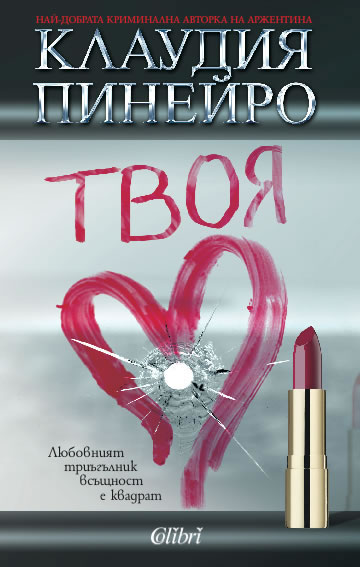 Inés is convinced that every wife is bound to be betrayed one day, so she is not surprised to find a note in her husband Ernesto’s briefcase with a heart smeared in lipstick crossed by the words “All Yours”. Following him to a park in Buenos Aires on a rainy winter evening, she witnesses a violent quarrel between her husband and another woman. The woman collapses; Ernesto sinks her body in a nearby lake.

When Ernesto becomes a suspect in the case Inés provides him with an alibi. After all, hatred can bring people together as urgently as love. But Ernesto cannot bring his sexual adventures to an end, so Inés concocts a plan for revenge from which there is no return.

Claudia Piñeiro was born in the province of Buenos Aires in 1960. As an author and scriptwriter for television she has already won numerous national and international prizes for her literary, dramatic and journalistic work.

„Thursday Night Widows”, the film based on her bestseller of the same name "Las viudas de los jueves" was released in Buenos Aires in 2009 with a record of espectators. In the UK, the novel has been selected by Amazon to be included in its Rising Star promotion.