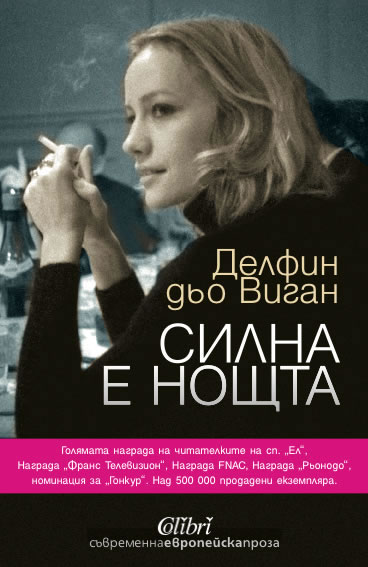 Nothing Holds Back the Night

Only a teenager when Delphine was born, Lucile raised two daughters largely alone. She was a former child model from a Bohemian family, younger and more glamorous than the other mothers: always in lipstick, wayward and wonderful. But as Delphine grew up, Lucile's occasional sadness gave way to overwhelming despair and delusion. She became convinced she was telepathic, in control of the Paris metro system; she gave away all her money; she was hospitalized, medicated, and released in a kind of trance. Young Delphine was left to wonder: What changed her, or what shaped her all along?

In this brilliant investigation into her own family history, Delphine de Vigan attempts to "write her mother", seeking out something essential as she interviews aging relatives, listens to recordings, and reads Lucile's own writings. It is a history of luminous beauty and rambunctious joy, of dark secrets and silences. There are untimely deaths and failures of memory. There are revelations and there is the ultimately unknowable. And in the face of the unknowable, personal history becomes fiction: De Vigan must choose from differing accounts and fill in important gaps, using her writer's imagination to reconstruct a life.

De Vigan writes her most expansive novel yet with acute self-awareness and marvelous sympathy. Nothing Holds Back the Night is a remarkable work, universally recognizable and singularly heartbreaking.

Delphine de Vigan is French and lives in Paris. She has published several novels for adults. No and Me was awarded the Prix des Libraires 2008 (The Booksellers' Prize) in France. De Vigan’s narrative is intelligent and direct; her prose is plain and efficient. Her gift is for knowing how people think and, even more important, how they feel as their worlds come toppling down around them. Nothing Holds Back the Night is a brilliant investigation into the heart of family memory, where the most luminous images are juxtaposed to the deepest, darkest secrets.