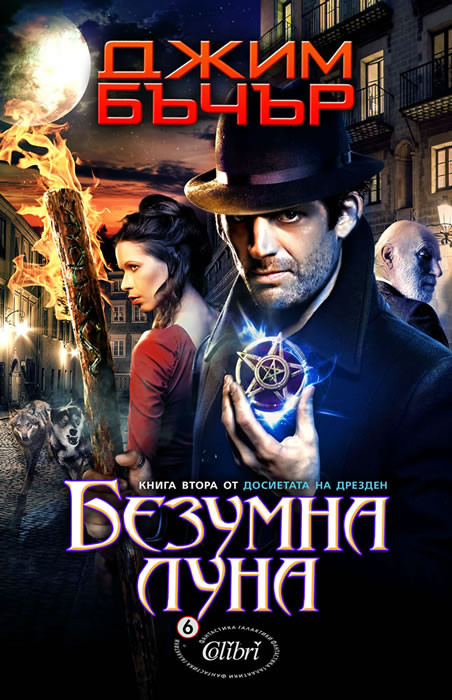 “Fool Moon” is a 2001 contemporary fantasy novel by Jim Butcher. It is the second novel in “The Dresden Files”, which follows the character of Harry Dresden, present-day Chicago's only professional wizard.

After the events in “Storm Front”, Kim Delaney, who Dresden helped to control her magical talents, asks Dresden how to create a set of three magical circles, which could be used to contain powerful entities. Dresden withholds the information, because such circles are generally used to contain demigods and archangels.

Lt. Karrin Murphy asks Dresden to consult on a homicide. A henchman of Johnnie Marcone's was found near a group of wolfish paw prints. Dresden follows a lead that takes him into a confrontation with a gang of teenage werewolves and their pack leader, Tera West. At the police station, he gets a tip from FBI Agent Harris that the Streetwolves biker gang might know something about the murder, learning The Streetwolves and their packleader Parker are lycanthropes. They do not change shape, but become bestial in their minds. Dresden escapes unscathed, but now the Streetwolves want him dead.