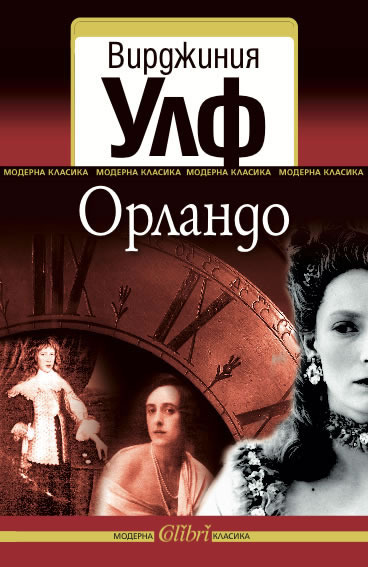 “Orlando”, Virginia Woolf's sixth major novel, is a fantastic historical biography, which spans almost 400 years in the lifetime of its protagonist. The novel was conceived as a "writer's holiday" from more structured and demanding novels. Woolf allowed neither time nor gender to constrain her writing. The protagonist, Orlando, ages only thirty-six years and changes gender from man to woman. This pseudo-biography satirizes more traditional Victorian biographies that emphasize facts and truth in their subjects' lives. Although  “Orlando” may have been intended to be a satire or a holiday, it touches on important issues of gender, self-knowledge, and truth with Virginia Woolf's signature poetic style.

Virginia Adeline Woolf (née Stephen) (January 25, 1882 – March 28, 1941) was an English novelist and essayist regarded as one of the foremost modernist literary figures of the twentieth century. During the interwar period, Woolf was a significant figure in London literary society and a member of the Bloomsbury Group. Her most famous works include the novels "Mrs Dalloway" (1925), "To the Lighthouse" (1927), and "Orlando" (1928), and the book-length essay "A Room of One's Own" (1929) with its famous dictum, "a woman must have money and a room of her own if she is to write fiction."

If one is to narrow the list of stream-of-consciousness’ founders of modern literature, one would inevitably highlight a very special woman with a room of her own – Virginia Woolf. A pioneer of feminist literature, a scandalous public figure with a fragile sexuality, a profoundly talented novelist and a tragic figure in her own way, Woolf is an embodiment of the flight for freedom of expression during the darkest years of the past century. Her great novels ‘Mrs. Dalloway” (1925) and “Orlando” (1928) are a remarkable experiment of capturing and grasping the effervescence of human life, the irreversible passage of time and the futile remains of the day. Committing suicide in 1941, Virginia Woolf took with herself the deep and tender secret of her own life, yet she bequeathed to the world a delicate and sophisticated glimpse at it to be savoured in reverent silence.