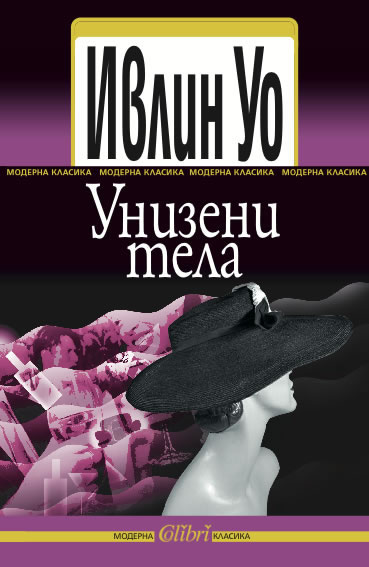 “Vile Bodies” is a 1930 novel by Evelyn Waugh satirising the Bright Young People: decadent young London society between World War I and World War II. The title is a literal translation of the Latin phrase "corpora vilia," the plural of "corpus vile," meaning a person or thing fit only to be the object of experimentation. The characters in the book are unwittingly at the mercy of the author's whims in the same way that, according to the Biblical tradition, human lives are subject to the designs of their own supernatural creator. This form of mirroring is a common literary metaphor. It has been suggested that the title could be a reference to St. Paul's Epistle to the Philippians 3:21 which, [in the King James Bible], reads "Who shall change our vile body, that it may be fashioned like unto his glorious body," but it is hard to see any way in which this interpretation relates to the plot or themes of the book. The original title was to be "Bright Young Things", which went on to be that of Stephen Fry's 2003 film adaptation. Waugh changed it because he thought the phrase had become too clichéd. The title that he eventually settled on also appears in a comment made by the novel's narrator in reference to the characters' party-driven lifestyle: "All that succession and repetition of massed humanity... Those vile bodies...",[1] which would tend to support the translation of "corpora vilia" as the title's source.

Arthur Evelyn St. John Waugh /ˈwɔː/ (28 October 1903  – 10 April 1966), known as Evelyn Waugh, was an English writer of novels, travel books and biographies. He was also a prolific journalist and reviewer. His best-known works include his early satires Decline and Fall (1928) and A Handful of Dust (1934), his novel Brideshead Revisited (1945) and his trilogy of Second World War novels collectively known as Sword of Honour (1952–61). Waugh is widely recognised as one of the great prose stylists of the 20th century.

The son of a publisher, Waugh was educated at Lancing and Hertford College, Oxford, and worked briefly as a schoolmaster before becoming a full-time writer. As a young man, he acquired many fashionable and aristocratic friends, and developed a taste for country house society that never left him. In the 1930s he travelled extensively, often as a special newspaper correspondent; he was reporting from Abyssinia at the time of the 1935 Italian invasion. He served in the British armed forces throughout the Second World War, first in the Royal Marines and later in the Royal Horse Guards. All these experiences, and the wide range of people he encountered, were used in Waugh's fiction, generally to humorous effect; even his own mental breakdown in the early 1950s, brought about by misuse of drugs, was fictionalised.

Waugh had converted to Roman Catholicism in 1930, after the failure of his first marriage. His traditionalist stance led him to oppose strongly all attempts to reform the Church; the changes brought about in the wake of the Second Vatican Council of 1962–65, particularly the introduction of the vernacular Mass, greatly disturbed him. This blow, together with a growing dislike for the welfare state culture of the postwar world and a decline in his health, saddened his final years, although he continued to write. To the public at large he generally displayed a mask of indifference, but he was capable of great kindness to those he considered his friends, many of whom remained devoted to him throughout his life. After his death in 1966, he acquired a new following through film and television versions of his work, such as Brideshead Revisited in 1982.