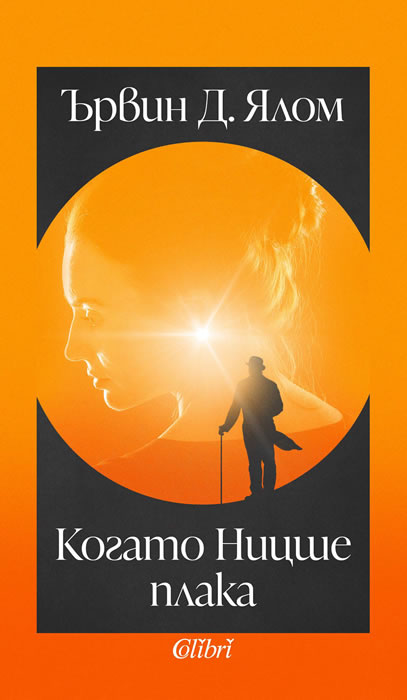 This talky first novel by psychotherapist Yalom ( Love's Executioner ) is set in 1882 Vienna, where Joseph Breuer, an eminent physician and mentor of Sigmund Freud, has applied his recently discovered talking cure to a woman afflicted with multiple symptoms of hysteria. But now it is Breuer who needs help, for he has become obsessed with the beautiful Anna O. although she is no longer his patient. On vacation in Venice, he is asked by Lou Salome, an imperious Russian woman, to treat German philosopher Friedrich Nietzsche, who has threatened suicide because of her rejection. Nietzsche consults Breuer in Vienna and, after a series of subtle subterfuges, agrees to a month of daily meetings; Breuer's plan is to employ the talking cure on the bristling Nietzsche under the guise of getting the philosopher to help him with his own obsession and related depression. In this intelligent, fully imagined tale, Yalom accurately evokes the encapsulated world of Breuer and Nietzsche's sessions as well as the social and intellectual milieu of the period, but the narrative is constrained by too much telling ("Perhaps dreams can express either wishes or fears," Freud observes in a discussion with Breuer)--at the expense of showing--and a manipulated, unconvincing resolution.

Irvin David Yalom, M.D., is an author of fiction and nonfiction, Emeritus Professor of Psychiatry at Stanford University, an existentialist, and accomplished psychotherapist. Born in a Jewish family in Washington DC in 1931, he grew up in a poor ethnic area. Avoiding the perils of his neighborhood, he spent most of his childhood indoors, reading books. After graduating with a BA from George Washington University in 1952 and as a Doctor of Medicine from Boston University School of Medicine in 1956 he went on to complete his internship at Mount Sinai Hospital in New York and his residency at the Phipps Clinic of Johns Hopkins Hospital in Baltimore and completed his training in 1960. After two years of Army service at Tripler General Hospital in Honolulu, Yalom began his academic career at Stanford University. He was appointed to the faculty in 1963 and then promoted over the next several years and granted tenure in 1968. Soon after this period he made some of his most lasting contributions by teaching about group psychotherapy and developing his model of existential psychotherapy.

In addition to his scholarly, non-fiction writing, Yalom has produced a number of novels and also experimented with writing techniques. In Everyday Gets a Little Closer Yalom invited a patient to co-write about the experience of therapy. The book has two distinct voices which are looking at the same experience in alternating sections. Yalom's works have been used as collegiate textbooks and standard reading for psychology students. His new and unique view of the patient/client relationship has been added to curriculum in Psychology programs at such schools as John Jay College of Criminal Justice in New York City.

Yalom has continued to maintain a part-time private practice and has authoried a number of video documentaries on theapeutic techniques. Yalom is also featured in the 2003 documentary Flight From Death, a film that investigates the relationship of human violence to fear of death, as related to subconscious influences.