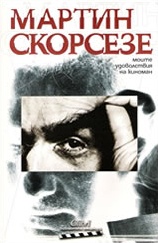 Faithful to its title, this book offers Martin Scorsese in his own words: through a career-length interview in which he recalls his upbringing in New York’s Little Italy, and explains the inspiration and creation of his many great movies. The result is an incomparable insight into a body of work that is the most personal achievement in modern American cinema.

Scorsese proves himself to be a terrifically articulate artist, whether recounting the many battles to get his movies made, his supreme passion for the medium of film itself, or the roots of his long-time creative partnership with the actor Robert De Niro.

Martin Scorsese has deservedly earned a reputation as one of the leading filmmakers of his generation. He has a unique own style, and can be mentioned in the same breath with directors such as Woody Allen when talking about artists who have helped clearly define the image of New York City on-screen.

Growing up in the tough downtown neighborhood of New York's Little Italy would help Scorsese later on in his career, as he would draw on these experiences to help inject his films with gritty realism and street-smart savvy. His first critical success, in fact, was the largely autobiographical street-epic "Mean Streets" (1973), where most of the incidents depicted were drawn from personal memory. The picture garnered him the Best Film Award from the New York Film Critics Circle, and, of equal importance, was also the first of his eight collaborations with Robert De Niro.