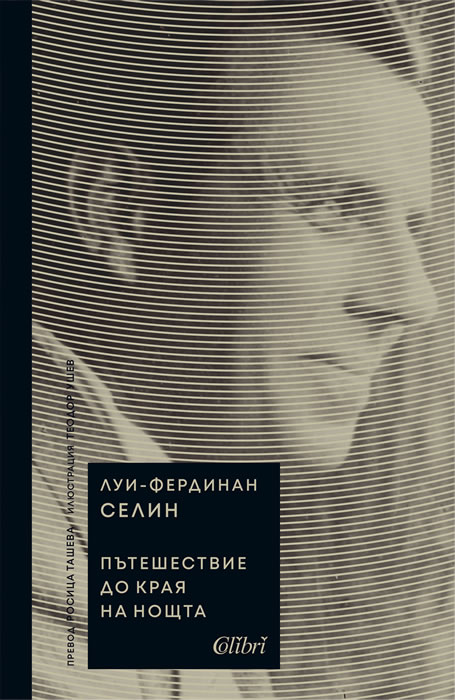 Journey to the End of the Night

First published in 1932, "Journey to the End of the Night" is regarded as Céline's masterpiece. It is told in the first person and is based on his own experiences during the First World War; in French colonial Africa; in the USA - where he worked for a while at the Ford factory in Detroit - and later as a young doctor in a working class suburb in Paris. The novel gives a picture of those years as seen by an underdog.

Céline is very much the product of his age and was particularly marked - like so may other writers - by the senseless carnage of the First World War.

Céline's disgust with human folly, malice, greed and the mess that man has made of society and of his own environment lies behind the bitterness and bile that distinguishes his writing and gives it its force. This is exemplified in the superb portraits of mainly ordinary human beings coping with their lives as best they can; caught in poverty or their obsessions - hindered from evading traps of their own making by ignorance and prejudice.

This edition includes an exclusive illustration by Theodore Ushev, and the artwork was done by the artist Ivo Rafailov.

He was born Louis-Ferdinand Destouches at Courbevoie in the Seine département (France). His best-known work is: "Voyage au bout de la nuit" ("Journey to the End of the Night"), 1932. It broke many literary conventions of the time, using the rhythms and, to a certain extent, the vocabulary of slang and vulgar speech. The book became a public success, but Céline was not awarded the Prix Goncourt, although the voting was controversial enough to become the subject of a book (Goncourt 32 by Eugène Saccomano, 1999). In 1936 he published "Mort à crédit" (Death on the Installment Plan), giving innovative, chaotic, and antiheroic visions of human suffering.

Openly anti-semitic before and during World War II, he was identified by the public with the Nazi occupation, despite his consistent contempt for their ideology (and all others). He escaped judgment by fleeing to Germany (Sigmaringen, 1944) along with the Vichy government and later to Denmark (1945). Branded a collaborator, he was condemned by default (1950) in France to one year of imprisonment and declared a national disgrace. Amnestied, he returned to France in 1951; unable to earn a living through medicine, and facing difficulty returning his books to print, he lived in poverty, working himself to death on his writing.

Fame came back to him later in life with a trilogy telling of his exile: "D'un château l'autre", "Nord" and "Rigodon". Céline died on July 1, 1961.