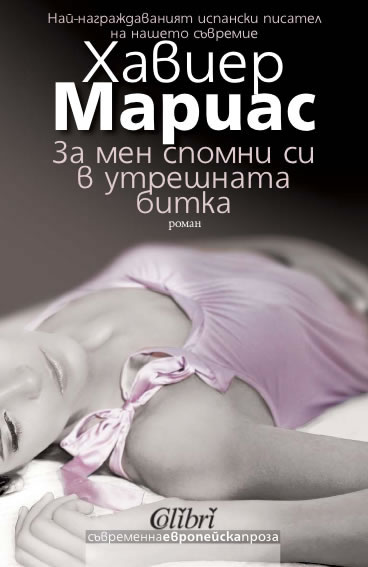 Tomorrow in the Battle Think on Me

“No one ever suspects”, begins “Tomorrow in the Battle Think On Me”, “that they might one day find themselves with a dead woman in their arms...” Marta has just met Victor when she invites him to dinner at her Madrid apartment while her husband is away on business. When her two-year-old son finally falls asleep, Marta and Victor retreat to the bedroom. Undressing, she feels suddenly ill; and in his arms, inexplicably, she dies.

What should Victor do? Remove the compromising tape from the phone machine? Leave food for the child, for breakfast? These are just his first steps, but he soon takes matters further; unable to bear the shadows and the unknowing, Victor plunges into dark waters. And Javier Marías, Europe's master of secrets, of what lies reveal and truth may conceal, is on sure ground in this profound, quirky, and marvelous novel. “Brilliantly imagined and hugely intricate,” as La Vanguardia noted, “it is a novel one reads with enormous pleasure.”