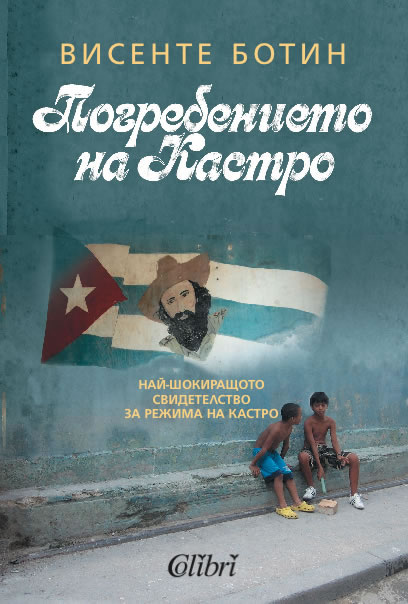 From January 2005 to October 2008 Vicente Botin worked in Cuba – a difficult job given the strict control that the State Security exerts over foreign journalists. No one on the island is allowed to tell the truth about what really goes on there. Correspondents can only approximate the truth through double entendres and metaphor, always needing to exercise a measure of self-censorship to avoid being kicked out of the country.

When Botin finished his work in Cuba he wrote “Castro’s Funeral”. This book, written mostly in Havana, is a kind of catharsis with which Vicente Botin tries to expunge the frustration of not having been able to tell the truth, or at least the whole truth, about Cuba.

Vicente Botín is a writer and journalist, born in Burgos, Spain. He studied Journalism, Politics and Sociology at Universidad Complutense de Madrid. In 1972 he started work for Televisión Española (TVE). He travelled across the world making reports of many important events of that time: France, United Kingdom, Turkey, Israel, Lebanon, Morocco and Zimbabwe, among others. Nevertheless his major works were about Latin America: In the 60's he made documentaries in Nicaragua, El Salvador (civil war), Paraguay, Cuba (he interviewed Fidel Castro), Ecuador (amazon rainforest), Haiti (first triumph of Jean Bertrand Aristide), and Brasil, Guatemala, Perú, Chile and Honduras. From 1999 to 2004 he was the Correspondent in Buenos Aires (Argentina) for Televisión Española, including the other six countries of South America. He made a lot of reports and documentaries about the argentinean crisis caused by the fall of the President Fernando de la Rúa, the deaths caused by starvation of the childrem of Tucumán; and many others about the trial against the dictator Augusto Pinochet, the problems in Bolivia related to the coca crops; the new Brazil president Luiz Inacio Lula da Silva... From 2005 to 2008 he was the Correspondent in Cuba for Televisión Española. From this Caribbean island he informs with rigour, despite the pressures and threats of the Government, about human rights and opposition groups. He also informs about the Fidel Castro disease and the take over from his brother Raúl Castro. When he finished his work in Cuba he wrote “Castro’s Funeral”. Vicente Botin is nowadays columnist of Spanish newspapers (El País and El Mundo among others) and gives lectures in Spain and the United States about the social, economical and political situation of Cuba.