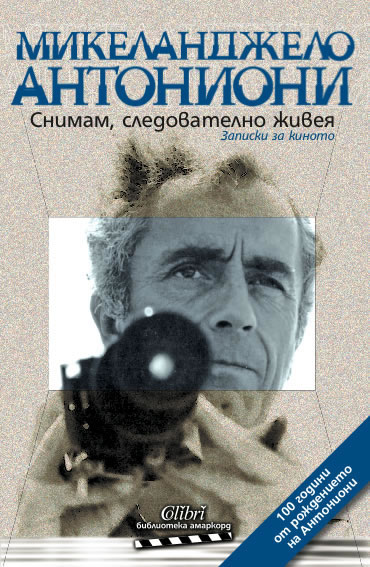 To Make a Film Is to Be Alive

“A filmmaker is a man like any other; and yet his life is not the same… This is, I think, a special way of being in contact with reality.”

Or so says Michelangelo Antonioni, the legendary filmmaker behind the stark landscapes and social alienation of Blow-up and L’Avventura. The book provides a filmmaker’s absorbing reflections and insights on his career. Through autobiographical sketches, confessions, interviews and conversations about arts, people and morale of times, this compelling book explores the director’s unique brand of narrative-defying cinema as well as the motivations and anxieties of the man behind the camera.