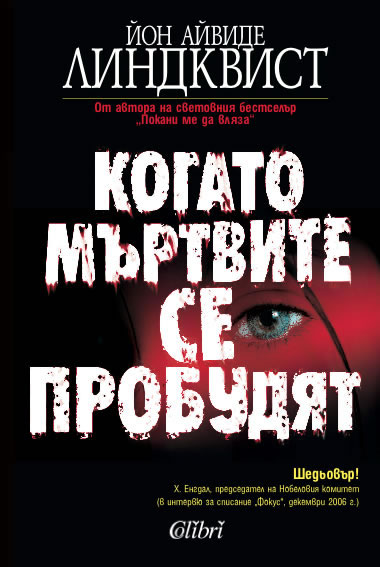 In his new novel, John Ajvide Lindqvist does for zombies what his previous novel, Let the Right One In, did for vampires.

Across Stockholm the power grid has gone crazy. In the morgue and in cemeteries, the recently deceased are waking up. One grandfather is alight with hope that his grandson will be returned, but one husband is aghast at what his adored wife has become.

A horror novel that transcends its genre by showing what the return of the dead might really mean to those who loved them.

Categories
Contemporary FictionCrime and ThrillersHorror
About the Author

John Ajvide Lindqvist (1968) is a Swedish novelist and short-story writer. He had a dream – to become famous for something horrifying and fantastic. At first he became a magician, after that – a stand-up comedian and writer of screenplays and scripts.

His book - “Let the Right One In”, also known as “Let Me In” (2004) is his first novel and had a great success in Sweden and abroad. It was filmed twice: a Swedish-language version by the same name, directed by Tomas Alfredson, in 2008 and an English-language adaptation under the title “Let Me In”, directed by Matt Reeves, in 2010. The first film version (which screenplay was written by Lindqvist) received widespread international critical acclaim and won numerous awards, including the “Founders Award for Best Narrative Feature” at the 2008 Tibeca Film Festival and the European Fantastic Film Festivals Federation's 2008 Méliès d'Or (Golden Méliès) for the “Best European Fantastic Feature Film”, as well as four Guldbagge Awards from the Swedish Film Institute.

After the romantic vampire horror story “Let Me In”, John Ajvide Lindqvist has published two more books - the novel “Handling The Undead” (2005) and the collection of horror short stories “Paper Walls” (2006). In 2007, his story "Tindalos" was published as a serial in the Swedish newspaper “Dagens Nyheter”, and also published as a free audiobook through the newspaper's website, read by the author himself.

The books of John Ajvide Lindqvist have been translated into many languages, including English, German, Italian, Norwegian, Danish, Polish, Dutch and Russian.