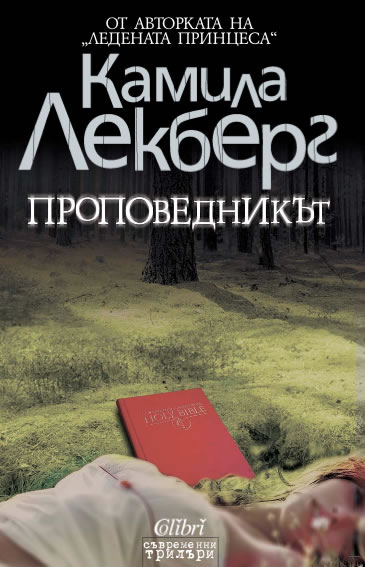 The novel opens with a triple whammy: the body of a recently murdered young woman named Tanja is found at a rock formation called King’s Cleft in rural Sweden. As the police poke around, they discover skeletons nearby — the remains of two young women who disappeared in the region 20 years earlier. What this array of murders past and present signifies is a question that Lackberg’s regular protagonist, police detective Patrik Hedstrom, must answer to solve the case.

As the book’s title suggests, that case has something to do with The Preacher, the late Ephraim Hult, a charismatic man of God whose fame rested on his faith-healing powers, which he passed on to his two adorable sons — at least for a while.

Patrik’s detective work is complicated by the summer heat, his wife’s pregnancy (it will be their first child) and the tendency of relatives and friends to sponge off the family, whose house sits conveniently close to the seacoast. He also has to negotiate office politics, including a chief who likes to hog the credit for solving cases he had almost nothing to do with; a resentful veteran cop who can’t see that he’s been kept back by his own laziness and ineptitude; and an otherwise competent colleague who defers to that veteran because of his seniority.