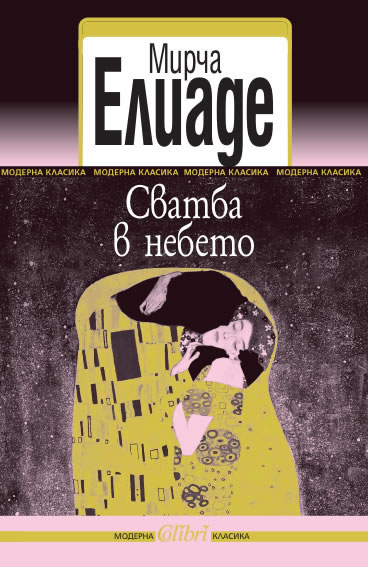 One night outside of the habitual course of time gets two men together through the sacred, healing spaces of confession. Each of them reflects on his past and his unique encounter with a woman. Mircea Eliade’s novel moves, evokes thrills and thoughts because everybody bears in his heart the bright mark of love – like memories, like dreams, like an only meaning of life.

Mircea Eliade (Romanian pronunciation: [ˈmirt͡ʃe̯a eliˈade]; March 13 [O.S. February 28] 1907 – April 22, 1986) was a Romanian historian of religion, fiction writer, philosopher, and professor at the University of Chicago. He was a leading interpreter of religious experience, who established paradigms in religious studies that persist to this day. His theory that hierophanies form the basis of religion, splitting the human experience of reality into sacred and profane space and time, has proved influential. One of his most influential contributions to religious studies was his theory of Eternal Return, which holds that myths and rituals do not simply commemorate hierophanies, but, at least to the minds of the religious, actually participate in them.

His literary works belong to the fantasy and autobiographical genres. The best known are the novels Maitreyi ("La Nuit Bengali" or "Bengal Nights"), Noaptea de Sânziene ("The Forbidden Forest"), Isabel şi apele diavolului ("Isabel and the Devil's Waters") and the Novel of the Nearsighted Adolescent, the novellas Domnişoara Christina ("Miss Christina") and Tinereţe fără tinereţe ("Youth Without Youth"), and the short stories Secretul doctorului Honigberger ("The Secret of Dr. Honigberger") and La Ţigănci ("With the Gypsy Girls").

Early in his life, Eliade was a noted journalist and essayist, a disciple of Romanian far right philosopher and journalist Nae Ionescu, and member of the literary society Criterion. He also served as cultural attaché to the United Kingdom and Portugal. Several times during the late 1930s, Eliade publicly expressed his support for the Iron Guard, a fascist and antisemitic political organization. His political involvement at the time, as well as his other far right connections, were the frequent topic of criticism after World War II.

Noted for his vast erudition, Eliade had fluent command of five languages (Romanian, French, German, Italian, and English) and a reading knowledge of three others (Hebrew, Persian, and Sanskrit). He was elected a posthumous member of the Romanian Academy.