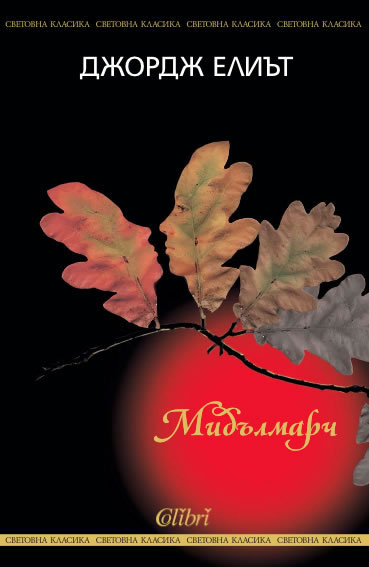 Middlemarch: A Study of Provincial Life is a novel by George Eliot, the pen name of Mary Anne Evans, later Marian Evans. It is her seventh novel, begun in 1869 and then put aside during the final illness of Thornton Lewes, the son of her companion George Henry Lewes. During the following year Eliot resumed work, fusing together several stories into a coherent whole, and during 1871–72 the novel appeared in serial form. The first one-volume edition was published in 1874, and attracted large sales.

Subtitled "A Study of Provincial Life," the novel is set in the fictitious Midlands town of Middlemarch during the period 1830–32. It has multiple plots with a large cast of characters, and in addition to its distinct though interlocking narratives it pursues a number of underlying themes, including the status of women, the nature of marriage, idealism and self-interest, religion and hypocrisy, political reform, and education. The pace is leisurely, the tone is mildly didactic (with an authorial voice that occasionally bursts through the narrative), and the canvas is very broad.

Although it has some comical characters (Mr. Brooke, the "tiny aunt" Miss Noble) and comically named characters (Mrs. Dollop), Middlemarch is a work of realism. Through the voices and opinions of different characters we become aware of various broad issues of the day: the Great Reform Bill, the beginnings of the railways, the death of King George IV and the succession of his brother, the Duke of Clarence (who became King William IV). We learn something of the state of contemporary medical science. We also encounter the deeply reactionary mindset within a settled community facing the prospect of what to many is unwelcome change.

The eight "books" which compose the novel are not autonomous entities, but merely reflect the form of the original serialisation. A short prelude introduces the idea of the latter-day St. Theresa, presaging the character Dorothea; a postscript or "finale" after the eighth book gives the post-novel fates of the main characters.

In general Middlemarch has retained its popularity and status as one of the masterpieces of English fiction, although some reviewers have expressed dissatisfaction at the destiny recorded for Dorothea. In separate centuries, Florence Nightingale and Kate Millet both remarked on the eventual subordination of Dorothea's own dreams to those of her admirer, Ladislaw, however, Virginia Woolf gave the book unstinting praise, describing Middlemarch as "the magnificent book that, with all its imperfections, is one of the few English novels written for grown-up people." Martin Amis and Julian Barnes have cited it as probably the greatest novel in the English language