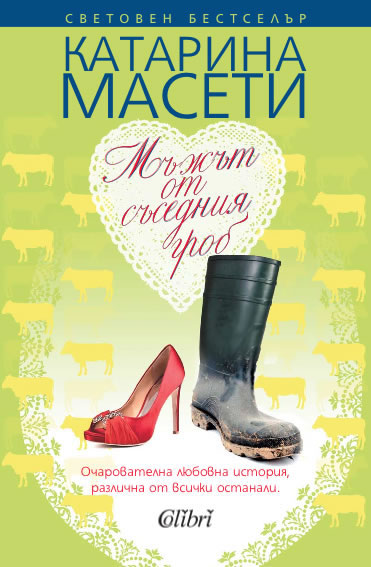 An international sensation, this addictively readable tale asks the question: Why is it so impossible to get a relationship between two middle-aged misfits to work? The answer lies in the story of Shrimp, a young widowed librarian with a sharp intellect and a home so tidy that her jam jars are in alphabetical order; Benny, a gentle, overworked milk farmer who fears becoming the village's Old Bachelor; and an unlikely love that should not be as complicated as it seems. Reminiscent of the works of Carol Shields, this quirky, humorous, beautifully told novel breathes new life into the age-old conundrum that is love.

Katarina Mazetti  was born in Stockholm but grew up in Karlskrona, naval port in south Sweden. She went into journalism, starting off at local papers. She took an MA in Literature and English at the University of Lund and worked as a teacher, later as a radio producer and reporter. For 20 years she lived with husband and four children on a small farm in north Sweden. She now lives in Lund. Over the years she has written books for all ages as well as literary reviews, lyrics, sketches and columns for papers and radio.

Her first children’s book was a picture book in classical hexameter. Her first novel for adults, Grabben i Graven Bredvid (in english: Benny and Shrimp, translated into 22 languages) was based on her experiences as a farmer´s wife. It was a great success and sold 450 000 copies in Swedish. In 2002 it was made into a popular film, seen by more than a million Swedes.

She has attended literary events in several countries, among them Russia, Germany, Canada (Aloud International Readings, 2006) and France (where she was nominated for Prix Cevennes in 2007).