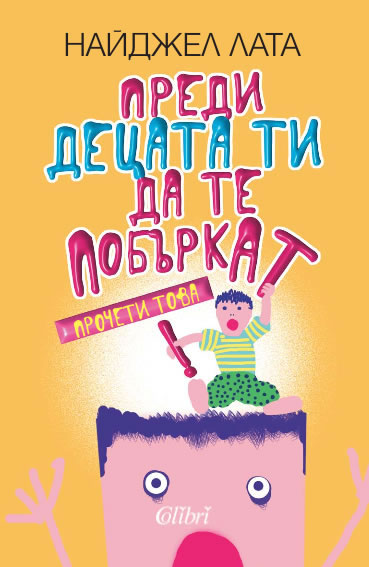 Before Your Kids Drive You Crazy, Read This!

Do your kids sometimes make you feel like your head is going to explode? Have you ever yelled until you were hoarse? Do you ever have days when all you feel like doing is making a run for the airport? Why is it so hard to be the parent you thought you would be? For harassed parents struggling to understand why they end up screaming at their kids and tearing their hair out trying to make them understand that bad behaviour has consequences, here's the perfect book to help your family make it through the crucial first decade or so and actually enjoy each other's company. Practical commonsense answers and examples from actual cases, logical and realistic strategies, and innovative behaviour modification tools that work in the real world - all from a parent and family therapist who's seen almost everything there is to see and offers some hard-won battlefield wisdom. Written in down-to-earth language, this book should be handed out at birth, an essential guide for the struggling parent who knows family life can and should be better.

Latta has also written several books dealing with helping families. Some of the titles include; the bestselling Into the Darklands: Unveiling the Predators Amongst Us, Before Your Teenagers Drive You Crazy, Read This!: Battlefield Wisdom for Stressed-Out Parents, Raising Teenagers: A Practical Guide for Parents, and Mothers Raising Sons among others.

He has also written a fictional crime thriller, Execution Lullaby (published 2000), which focused on a death row prisoner recounting his life and actions that got him to that point.

I Deserve The Best
Lucia Giovannini

Psychology of the Subconscious
Sigmund Freud

Love – What We Don't Know About It
Milena Dinkova

YOUR SECOND LIFE WILL BEGIN ONCE YOU’VE REALIZED THAT YOU...
Raphaëlle Giordano

Letters to Me
Álex Rovira