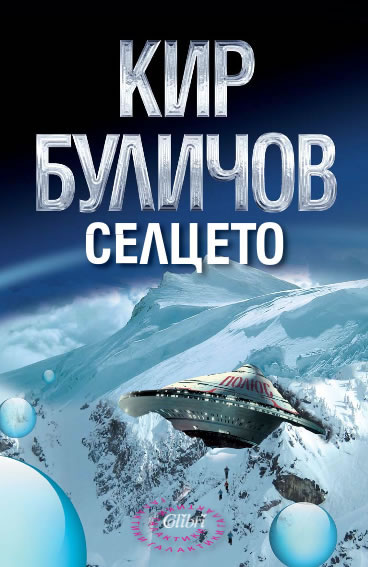 When the exploratory starship from Earth PolarStar crashed in the ice-covered mountains of the nameless planet the few survivors who made it to the warmer lowlands had no idea just how hostile this world could be. The plants were poisonous or actively hunted them, the animals were not all that friendly either. Most of them died. Some had children. Twenty years have passed and the small settlement between the endless forest and the ice-covered mountains is set for a major change. They have started to dream of rescue, of rejoining the human race, of going back to the stars. But to do that, they will have to risk everything, the lives of their children, and their loves.

Kir Bulychev or Bulychov (Russian: Кир Булычёв) (October 18, 1934 - September 5, 2003) was a pen name of Igor Vsevolodovich Mojeiko, who was a Soviet and Russian science fiction writer and historian. In 1957 he graduated from the Moscow Teachers Training Institute of Foreign Languages. He received a Master's degree in 1965 and a Ph.D. in 1981 and wrote his first science fiction story in 1965. Since 1963 he worked in the Institute of Oriental Studies of the USSR Academy of Sciences. He was a specialist in the medieval history of Burma.

He is known for his series of humorous short stories about Veliky Gusliar, a Russian town that attracts all kinds of aliens and supernatural beings. This fictional city is based on a real Veliky Ustyug city. Another well known series of Bulychev's stories are young adult stories about Alisa Seleznyova, a young girl from the future. A number of them were made into films, with Guest from the Future, based on Bulychev's novel One Hundred Years Ahead, the most widely known about a girl Alice living in the future. Another famous film was the animated feature The Mystery of the Third Planet (1981), for which Bulychev penned the screenplay. Alice's Birthday is a 2009 animated film based on one of his tales. He also wrote many science fiction novels, most known among them are "The Last War" (1970), "Thirteen years’ voyage", "Those who survive" (filmed as the animated short Pereval), "The Dungeon of Witches" (filmed), "River Chronos", "Abduction of a sorcerer".