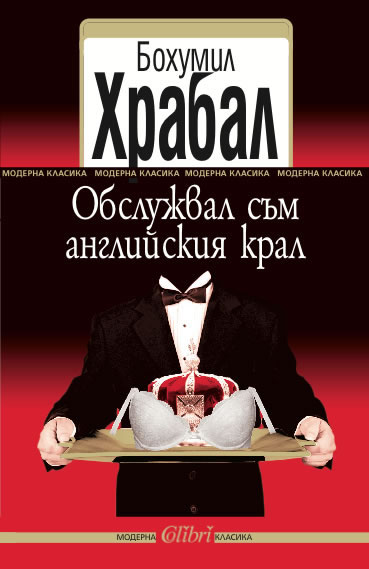 I Served the King of England

“I Served the King of England” was born during one summer month in blinding sunlight. The narrator, Ditie, a waiter, becomes a millionaire and owner of a hotel, but he loses everything when Communists seize power. Ditie's surname refers to a child (Dite). As Oscar Matzerath from Günter Grass' novel The Tin Drum (1959), he remains small in size. Ditie is a faithful servant of the elite, generals, presidents, ambassadors, and their orgies are natural part of the order of things for him. Under the Nazi rule, love is turned into a part of the Third Reich's human breeding program. Ditie is a simpleton and a soulmate of the Good Soldier Svejk, he never grows up and do not understand politics or history. His strength and curse is his naivety, and at the end of the story, when he has lost everything, he again recalls to moment when he served the Emperor of Ethiopia – but his superior had had the honor to serve the King of England.