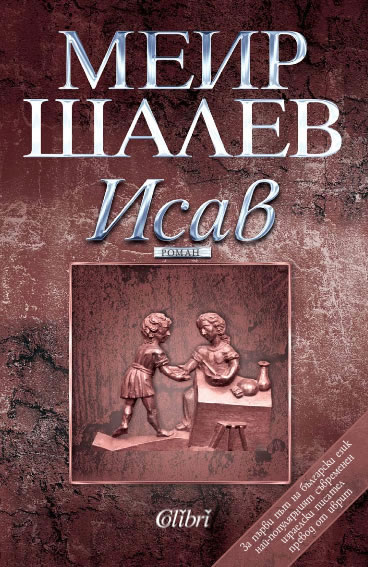 Esau is a saga of several generations in a family of bakers spanning the period from World War I and the inception of the British Mandate in Palestine through the mid-seventies in Israel. Patriarch Abraham Levy, the proud descendant of fifteen generations of Sephardic Jews, and his wife, the convert Sarah, a monumental, generous woman, illiterate and complex, establish themselves in a village to the west of Jerusalem and become the center of a sprawling, colorful family whose passions, suffering, and unexpected fates partake of both the real and the mythic, not to mention the miraculous. Esau's eponymous narrator is one of a pair of near-sighted Levy twins, who have only a single set of eyeglasses between them. The life choice each boy makes as a result of this childhood experience determines the course of the novel: Jacob, who wears the eyeglasses most of the time, follows his father and becomes the village baker, marrying Leah, fathering children, and shouldering the responsibility of ancestral tradition; while the narrator, with his willfully blurred vision, is cursed and disinherited by his beloved mother and leaves his family and village to become a writer in the United States. After thirty years of exile, he returns home and offers us the brilliant and deeply moving mosaic that is the story of the Levy family. Like his progenitor, Meir Shalev, the narrator finds his portion of the world in books, and the two of them share a Rabelaisian appetite for story and character, an exuberant playfulness, a mischievous sense of irony, and a fascination with the sensuality of childhood, those images, sounds, and odors at the origin of all memory and roots.

Meir Shalev (born 1948 in Nahalal, Israel) is a famous Israeli writer. He is the son of the Jerusalemite poet Yitzchak Shalev. His cousin Zeruya Shalev is also a writer. He began his career by presenting ironic features on television and radio. He also moderated the program Erev Shabbat (Friday night) on Israel channel one. In 1988 his first novel was published, The Blue Mountain (Hebrew title Roman Russi [Russian novel]).

He has written non-fiction and children's books as well, and he writes a weekly column in the weekend edition of the newspaper Yediot Ahronot. In his column, Shalev comments satirically on government policy and laments the situation of the Israeli people.