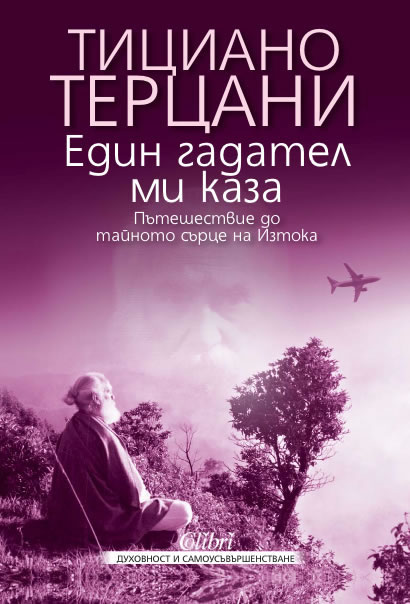 A Fortune-Teller Told Me

Warned by a Hong Kong fortune-teller not to risk flying for an entire year, Tiziano Terzani - a vastly experienced Asia correspondent—took what he called “the first step into an unknown world. . . . It turned out to be one of the most extraordinary years I have ever spent: I was marked for death, and instead I was reborn.”

Traveling by foot, boat, bus, car, and train, he visited Burma, Thailand, Laos, Cambodia, Vietnam, China, Mongolia, Japan, Indonesia, Singapore, and Malaysia. Geography expanded under his feet. He consulted soothsayers, sorcerers, and shamans and received much advice—some wise, some otherwise—about his future. With time to think, he learned to understand, respect, and fear for older ways of life and beliefs now threatened by the crasser forms of Western modernity. He rediscovered a place he had been reporting on for decades. And reinvigorated himself in the process.

Categories
Contemporary FictionTravelPsychologySelf-HelpSelf-Help and Psychology Series
About the Author

Tiziano Terzani (14 September 1938 – 28 July 2004) was born in Florence, Italy and was a journalist and writer who began exploring Asia during the sixties and later studied Chinese language and culture. He had an extensive knowledge of 20th century East Asia and was one of few western journalists who had a direct experience of the fall of Saigon to the Vietcong, and the fall of Phnom Penh at the hands of the Khmer Rouge in the seventies. He later became a correspondent to Der Spiegel, Germany.

Although a self-asserted ‘unbeliever’, Terzani knew much about the historical and political background of Asia, and had a deep interest in the philosophical aspects of Asian culture. During his vast travels, he was always keen on discovering the spiritual aspects of the countries he was visiting. He lived for years at a time in Beijing, Tokyo, Singapore, Hong Kong, Bangkok and New Delhi.