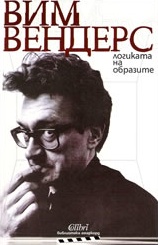 The Logic of Images

Beginning with the question “Why do you make films?” Wenders expresses his own unique approach to cinema and analyzes the full range of his work, film by film.

A kind of road movie of words which permits the reader to see the world as Wenders does for a few brief moments.

Ernst Wilhelm ("Wim") Wenders (born August 14, 1945 in Düsseldorf) is a German film director, photographer, author and producer. He received the Palme d'Or at the Cannes Film Festival in 1984 for his movie "Paris, Texas", and was awarded honorary doctorates at the Sorbonne in Paris in 1989 and at the Université Catholique de Louvain, Belgium in 2005. He was awarded the Leopard of honour at the Locarno International Film Festival in 2005.

Much of the cinematography in his movies was as a result of a highly productive collaboration with cinematographer Robby Muller. He also worked with the famous writer Peter Handke, adapting his book The Goalkeeper's Fear of the Penalty Kick for his first movie and then collaborating in one of his most famous movies Wings of Desire.