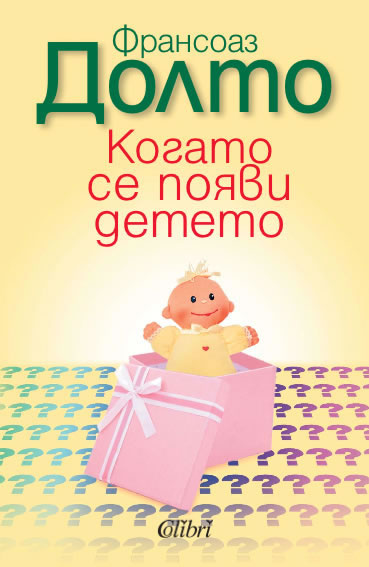 When the Child Appears

When a child is born we are absorbed by questions such as: what weight is it, how long is it…, in a word baby physique. Very few parents are concerned about his mental health, being convinced that the problems only appear later. Well, things are not like that! Since the birth child needs love, safety and joy, and especially communication. The frustration of these needs produces mental disorders, which resolved immediately, remain without consequences, while if they are neglected even lead to neuroses and psychoses later. The famous psychoanalyst Françoise Dolto brings us to aware the signs of these disorders and appropriate remedies. This book consists of radio lectures and addresses a wide audience; it can be read as a practical manual.

Françoise Dolto (1908–1988) was a famous “doctor of child-rearing” known for her special insight into childhood, her sense of humor, and her unique talent for explaining psychoanalytic theory in simple terms. Dolto’s work significantly helped to change the status of children in modern society. By the time of her death, the versatile psychoanalyst had produced an abundant literature including theoretical texts for specialists and articles for the general public. All of Dolto’s writings, plus many unpublished texts and audio and video recordings made during her lectures and radio broadcasts, are now held at the Françoise Dolto Archives in Paris, France.

This site, open to internet users the world over in French, English, and Spanish, is designed to be a tool for everyone interested in Dolto’s theoretical and clinical research—parents, students, doctors, social workers, youth workers, and so on.

Along with a detailed biography of Dolto, the site contains an original album of photos. Under "Maisons Vertes", you’ll find a description and addresses of infant-and-parent "nurture centers". The site also features a list of documents held by the Archives, plus the latest news on publications, activities, and training based on Dolto’s work.

Your Health Is In Your Hands
Dr. Frederic Saldmann

Will You still Love Me Tomorrow?
Adrienne Burgess

A Mirror of Imagination. Psychoanalysis of Film Experience
Svetlozar Vassilev

How to Father
Dr Fitzhugh Dodson