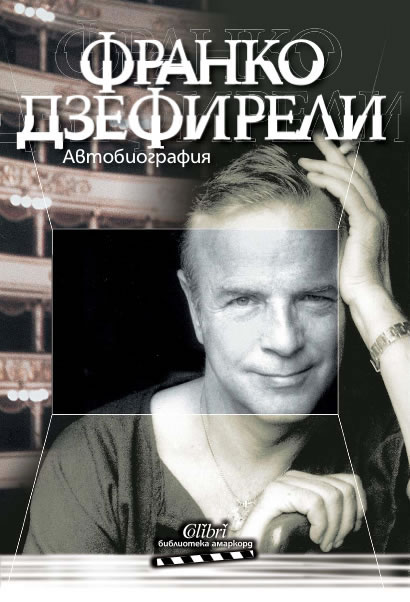 This book gives us a panoramic view of Zeffirelli’s unique life. It gives us a vision of what was Italy during the WWII and what is the world of creating theater, operas and movies. Zeffirelli does not succumb to the temptation of "gossiping" about famous people who were close to him and treats all of them with a lot of compassion and understanding.

Franco Zeffirelli has proven himself as a talented director of operas, plays and feature films. He has found the most success in the opera house. Though critics haven't always been in favour of his flamboyant staging, his audiences have been bedazzled by it. Zeffirelli has also brought classics such as Romeo and Juliet (1968), Hamlet (1990) and Jane Eyre (1996) to the silver screen so that the average movie-goer can understand them. While some claim that he oversimplifies the classics, Zeffirelli feels that he popularizes them instead. Even in the world of politics, Zeffirelli has looked out for the common people. William Murray in Los Angeles Magazine noted that Zeffirelli has "secured jobs, money and other help" for his constituents in Catania, "one of the poorest, most Mafia-ridden cities in Sicily."

Franco Zeffirelli was born on February 12, 1923 in the outskirts of Florence, Italy. He is an Italian director and producer of films and television. He is also a director and designer of operas and a former senator (1994–2001) for the Italian centre-right Forza Italia party. He is principally known for his 1968 version of Romeo and Juliet, for which he was nominated for an Academy Award, although his 1967 version of The Taming of the Shrew (with Elizabeth Taylor and Richard Burton) remains the most popular production of that play as well. His mini-series Jesus of Nazareth won acclaim and is still shown on Easter weekend in many countries.

He was the first Italian national to receive an honorary knighthood from the British government when he was created a Knight Commander of the Order of the British Empire.

Zeffirelli was born as Gianfranco Corsi, the illegitimate son of a mercer, Ottorino Corsi, and his mistress, Adelaide Garosi, a dressmaker. When he was six years old, his mother died and he subsequently grew up under the auspices of the British expatriate community and was particularly involved with the so-called Scorpioni, who inspired his semi-autobiographical 1999 film Tea with Mussolini.

He graduated from the Accademia di Belle Arti Firenze in 1941 and, following his father's advice, entered the University of Florence to study art and architecture. While working for a scenic painter in Florence, he was introduced to and hired by Luchino Visconti, who made him the assistant director for the film La Terra trema, which was released in 1948.Visconti's methods, had a deep impact upon Zeffirelli's later work .

In the 1980s he made a series of successful films adapting opera to the screen, with such stars as Placido Domingo, Teresa Stratas, Juan Pons, and Katia Ricciarelli. He returned to Shakespeare with Hamlet, casting the then–action hero Mel Gibson in the lead role. His 1996 adaptation of Charlotte Brontë's Jane Eyre was a critical success.