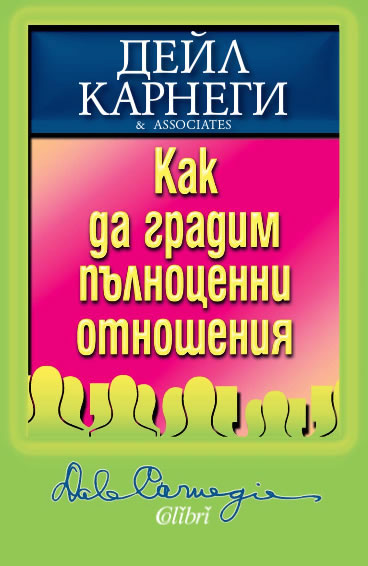 How to Have Rewarding Relationships Win Trust and Influence People

Some people are so charismatic, bright, cheerful and attractive that they do not need anymore to be succesful in life. Even if we are not all blessed with a high degree of innate personal magnetism. Anyone who wants to develop a warm personality, open and friendly, can do it mastering the techniques described in this Dale Carnegie's book.

Dale Breckenridge Carnegie, originally Carnagey until 1922 and possibly somewhat later,(November 24, 1888 – November 1, 1955) was an American writer, lecturer and the developer of famous courses in self-improvement, salesmanship, corporate training, public speaking, and interpersonal skills. Born in poverty on a farm in Missouri, he was the author of "How to Win Friends and Influence People" (1936), a massive bestseller that remains popular today. He also wrote "How to Stop Worrying and Start Living" (1948), "Lincoln the Unknown" (1932), and several other books. One of the core ideas in his books is that it is possible to change other people's behavior by changing one's reaction to them.

Dale Carnegie&Associates, started by the author of the 1936 bestseller "How to Win Friends and Influence People", teaches sales, teamwork, and public-speaking skills. The company, founded in 1912, runs courses and franchisees operate offices in more than 85 countries. Dale Carnegie's enduring self-improvement and job skills message has reached some 8 million people, who have completed training courses and seminars over the years. The company, which boasts a training staff of more than 2,700, offers multilingual courses for individuals and custom-made programs for corporations such as AT&T, Coca-Cola, and BASF.

And You will Find the Treasure within You
Laurent Gounelle