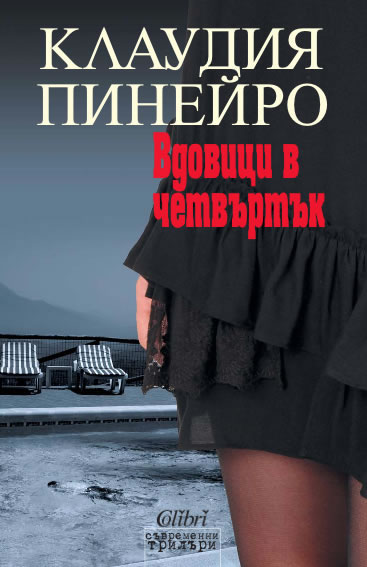 Three bodies lie at the bottom of a swimming pool in a gated country estate near Buenos Aires. It's Thursday night at the magnificent Scaglia house. Behind the locked gates, shielded from the crime, poverty and filth of the people on the streets, the Scaglias and their friends hide lives of infidelity, alcoholism, and abusive marriage. Claudia Piñeiro's novel eerily foreshadowed a criminal case that generated a scandal in the Argentine media. But this is more than a story about crime. The suspense is a by-product of Piñeiro's hand at crafting a psychological portrait of a professional class that lives beyond its means and leads secret lives of deadly stress and despair. It takes place during the post 9/11 economic melt-down in Argentina but it's a universal story that will resonate among credit-crunched readers of today.
Production is expected in 2009 of the film of Thursday Night Widows, by Argentine new wave and award winning director Marcelo Piñeyro.

Claudia Piñeiro was born in the province of Buenos Aires in 1960. As an author and scriptwriter for television she has already won numerous national and international prizes for her literary, dramatic and journalistic work.

„Thursday Night Widows”, the film based on her bestseller of the same name "Las viudas de los jueves" was released in Buenos Aires in 2009 with a record of espectators. In the UK, the novel has been selected by Amazon to be included in its Rising Star promotion.