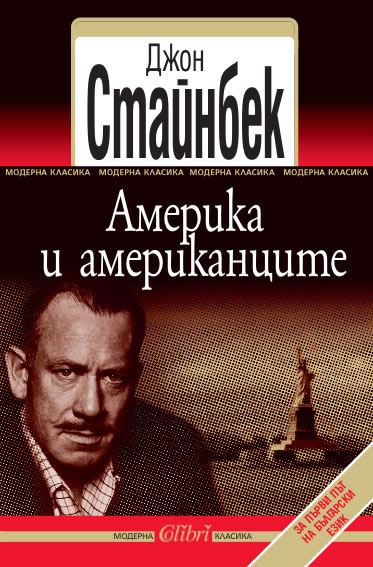 There is no writer more quintessentially American than John Steinbeck. More than forty years after his death, he remains one of America's greatest writers and cultural figures. Yet his nonfiction-the writings in which he spoke directly about his world-has often been overlooked.

Now, Steinbeck's last published book is available in Bulgarian. For thirty years, Steinbeck pursued a parallel career as a journalist, even as he won fame as a novelist. America and Americans offers a brilliant selection of his finest nonfiction. Here are Steinbeck's writings about Salinas, San Francisco, Monterey, and Sag Harbor; his moral and political commentary; his coverage from the battlefronts of World War II and Vietnam; his literary criticism; and his reflections on friends, Henry Ford, Robert Capa and Ed Ricketts. And most important of all is the primary text, America and Americans - an extended look at the nation he loved and criticized all his life. This remarkable volume offers a portrait of the artist as citizen deeply engaged in the world around him.