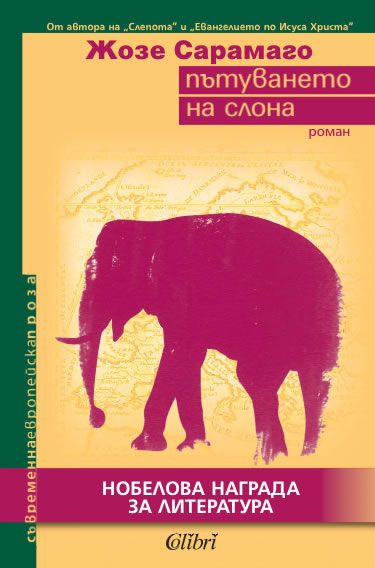 A delightful, witty tale of friendship and adventure from prize-winning novelist José Saramago

In 1551, King João III of Portugal gave Archduke Maximilian an unusual wedding present: an elephant named Solomon. In José Saramago's remarkable and imaginative retelling, Solomon and his keeper, Subhro, begin in dismal conditions, forgotten in a corner of the palace grounds. When it occurs to the king and queen that an elephant would be an appropriate wedding gift, everyone rushes to get them ready: Subhro is given two new suits of clothes and Solomon a long overdue scrub. Accompanied by the Archduke, his new wife, and the royal guard, these unlikely heroes traverse a continent riven by the Reformation and civil wars, witnessed along the way by scholars, historians, and wide-eyed ordinary people as they make their way through the storied cities of northern Italy; they brave the Alps and the terrifying Isarco and Brenner Passes; across the Mediterranean Sea and up the Inn River; and at last, toward their grand entry into the imperial city.

“The Elephant’s Journey,” Saramago’s slender novel, first published in the original Portugese in 2008, is a road trip. There’s no sex, not much violence, no God-awful narrative arc, and the insights arrive as gently as a skiff pulling up to a riverbank. Confounding though it is for me to say (believing as I do the mind of the apparatchik to be the nastiest soup), it would be hard to more highly recommend a novel to be downed in a single draft.