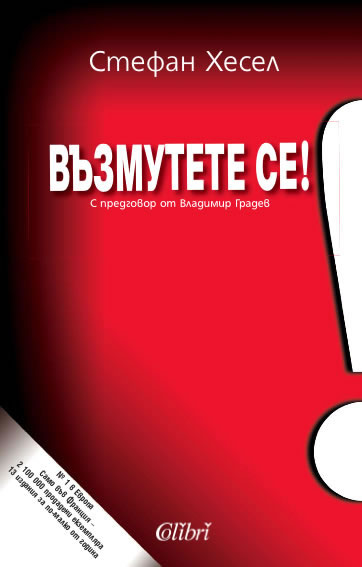 After 93 years, it is almost the final act. The end for me is not very far off any more. But it still leaves me a chance to be able to remind others of what acted as the basis of my political engagement. It was the years of resistance to the Nazi occupation -- and the program of social rights worked out 66 years ago by the National Council of the Resistance!

It is to Jean Moulin [murdered founder of the Council] that we owe, as part of this Council, the uniting of all elements of occupied France -- the movements, the parties, the labor unions -- to proclaim their membership in Fighting France, and we owe this to the only leader that it acknowledged, General de Gaulle. From London, where I had joined de Gaulle in March 1941, I learned that this Council had completed a program and adopted it on March 15th, 1944, that offered for liberated France a group of principles and values on which would rest the modern democracy of our country.

These principles and these values, we need today more than ever. It is up to us to see to it, all together, that our society becomes a society of which we are proud, not this society of immigrants without papers -- expulsions, suspicion regarding the immigrants. Not this society where they call into question social security and national retirement and health plans. Not this society where mass media are in the hands of the rich. These are things that we would have refused to give in to if we had been the true heirs of the National Council of the Resistance.

Categories
Essays and LecturesSocietyEssays
About the Author

Stéphane Frédéric Hessel (born 20 October 1917) is a diplomat, ambassador, writer, concentration camp survivor, former French Resistance fighter and BCRA agent. Born German, he became a naturalised French citizen in 1939. He participated in the editing of the Universal Declaration of Human Rights of 1948.

In October 2010, his essay, Time for Outrage! (original French title: Indignez-vous!), was published in an edition of 6,000 copies. It has sold more than 3.5 million copies worldwide and has been translated into Basque, Catalan, Italian, German. Greek, Portuguese, Slovenian, Spanish, Croatian, and Hebrew. Translations into Korean, Japanese, Hungarian, Swedish and other languages are planned. In the United States, The Nation magazine's March 7–14, 2011 issue published the entire essay in English.

Hessel's booklet argues that the French need to again become outraged, as were those who participated in the Resistance during World War II. Hessel's reasons for personal outrage include the growing gap between the very rich and the very poor, France's treatment of its illegal immigrants, the need to re-establish a free press, the need to protect the environment, importance of protecting the French welfare system, and the plight of Palestinians, recommending that people read the September 2009 Goldstone Report. He calls for peaceful and non-violent insurrection.

In 2011, one of the names given to the Spanish protests against corruption and bipartisan politics was Los Indignados (the outraged), taken from the title of the book's translation there (¡Indignaos!). These protests, in conjunction with the Arab Spring, later helped to inspire other protests in many countries, including Greece, Israel, and Occupy Wall Street which began in New York's financial district, but has now spread across the United States and numerous other countries.