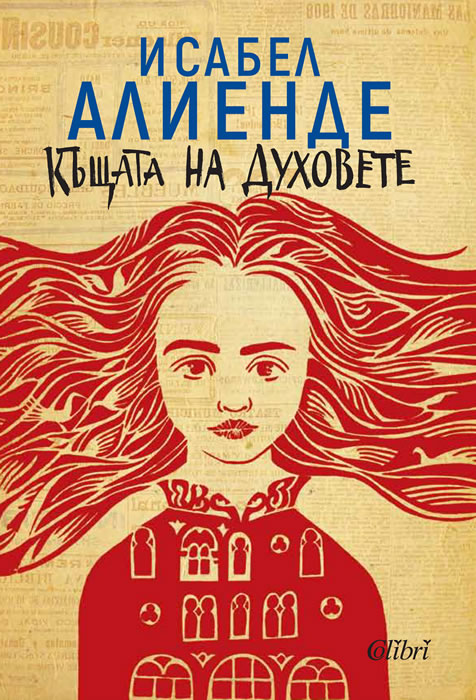 The House of the Spirits

A best-seller and critical success in Europe and Latin America, The House of the Spirits is the magnificent epic of the Trueba family - their loves, their ambitions, their spiritual quests, their relations with one another, and their participation in the history of their times, a history that becomes destiny and overtakes them all.

We begin - at the turn of the century, in an unnamed South American country - in the childhood home of the woman who will be the mother and grandmother of the clan, Clara del Valle. A warm-hearted, hypersensitive girl, Clara has distinguished herself from an early age with her telepathic abilities - she can read fortunes, make objects move as if they had lives of their own, and predict the future. Following the mysterious death of her sister, the fabled Rosa the Beautiful, Clara has been mute for nine years, resisting all attempts to make her speak. When she breaks her silence, it is to announce that she will be married soon.

Her husband-to-be is Esteban Trueba, a stern, willful man, given to fits of rage and haunted by a profound loneliness. At the age of thirty-five, he has returned to the capital city of his country estate to visit his dying mother and to find a wife. (He was Rosa's fiancé, and her death has marked him as deeply as it has Clara.) This is the man Clara has foreseen - has summoned - to be her husband; Esteban, in turn, will conceive a passion for Clara that will last the rest of his long and rancorous life.

We go with this couple as they move into the extravagant house he builds for her, a structure that everyone calls “the big house on the corner,” which is soon populated with Clara's spiritualist friends, the artists she sponsors, the charity cases she takes an interest in, with Esteban's political cronies, and, above all, with the Trueba children: Blanca, a practical, self-effacing girl who will, to the fury of her father, form a lifelong liaison with the son of his foreman, and the twins, Jaime and Nicolás, the former a solitary, taciturn boy who becomes a doctor to the poor and unfortunate; the latter a playboy, a dabbler in Eastern religions and mystical disciplines and, in the third generation, the child Alba, Blanca's daughter (the family does not recognize the real father for years, so great is Esteban's anger), a child who is fondled and indulged and instructed by them all.

For all their good fortune, their natural (and supernatural) talents, and their powerful attachments to one another, the inhabitants of “the big house on the corner” are not immune to the larger forces of the world. And, as the twentieth century beats on, as Esteban becomes more strident in his opposition to Communism, as Jaime becomes the friend and confidant of the Socialist leader known as the Candidate, as Alba falls in love with a student radical, the Truebas become actors - and victims - in a tragic series of events that gives The House of the Spirits a deeper resonance and meaning.

It is the supreme achievement of this splendid novel that we feel ourselves members of this large, passionate (and sometimes exasperating) family, that we become attached to them as if they were our own. That this is the author's first novel makes it all the more extraordinary. The House of the Spirits marks the appearance of a major, international writer.