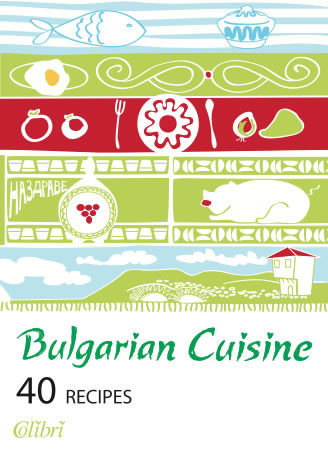 A second edition in English of the book awarded with the distinction “Best Book About Regional Cuisine” given by the prestigious International Foundation “Gurman” with a head office in Madrid.

Categories
Free TimeCuisine
About the Author

Raymond Wagenstein has worked – for fifteen years – as a film critic, journalist and script-writer. He has wrote a few hundred articles and reviews. Since 1990, he is a manager of the Publishing House “Colibri”. For many years he has been a director of the Sofia International Book Fair and Bulgarian Bookpubkishers’ Assossiation.

The cookery is his hobby. The both culinary bestsellers of his - “My cuisine” (1996) and “My cuisine 2” (1998), had a great success and for a long time had became a bibliographical rarity.

This book has been awarded with the distinction “Best Book About Regional Cuisine” given by the prestigious International Foundation “Gurman” with a head office in Madrid. Raymond Wagenstein has also published a book about Bulgarian national cuisine in France.

The Miracle of the Oat Bran
Pierre Dukan

The Medicinal Power of Shrubs and Trees
Keti Ivanova