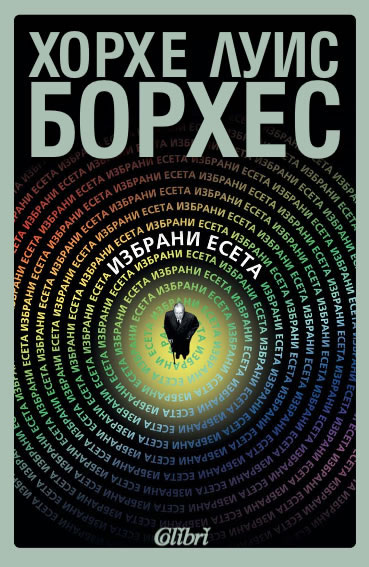 Although his fame rests mainly on his production of short stories, Jorge Luis Borges began his career writing poems and essays, and continued to do so throughout his life. However, there is no separate Borges the essayist, Borges the poet, or Borges the short-story writer: he continually crossed the boundaries of genre, and could philosophize as a fiction writer or be a poet when he wrote essays. For example, a text such as "Borges y yo" ("Borges and I") is a story that is also an essay that is also a poem.

Borges' output of essays as such is not extensive. If we include prologues (a form in which he achieved a mastery of allusion and synthesis), texts from conferences, and short essays included in miscellanies, his work in this genre amounts to no more than a dozen titles. The essays in this body of work appear somewhat disparate, like the browsings of a casual reader: reflections on gauchesco poetry, meditations on the nature of time, the exhumation of a minor poet like Evaristo Carriego - unlikely to be remembered were it not for Borges - or a note on the artificial language invented by John Wilkins in the 17th century. The three key books from this output are Discusión (1932; Discussion), Historia de la eternidad (1936; History of eternity), and Otras inquisiciones (1952; Other Inquisitions).

What strikes the reader immediately is that, in spite of the breathtaking literary knowledge he displays and the precise form in which he manages it, Borges' tone is almost always cordial and serene, his erudition tempered by self-irony and simplicity of exposition. This was not always the case: the young essayist of the first series of Inquisiciones (1925; Inquisitions) or El tamaño de mi esperanza (1926; The length of my hope) sounds surprisingly baroque, aggressive, and labored to the point of appearing somewhat pedantic. Those were Borges' avant-garde years, when he placed his revolutionary ardor at the service of a militant and iconoclastic criollismo, of which he was soon to recant.

What is striking is not only the uniqueness of his literary subjects as an essayist, but also his ability to say something unexpected about them. Like Paul de Man, one can say that these are "imaginary essays," if we take this expression to mean essays from a personal imagination stimulated by the imagination of others. One of the surprises awaiting a reader who refers to the sources that inspired Borges is to discover that, on reading and interpreting them, the author added as much as (or more than) he took from them, and in this way gave them new meaning. His readings are a form of appropriation and reflected creation; he translates what he reads into his own literary language and his own aesthetic world. This secondhand creativity - of unforgettable suggestion and magic - is characteristic of Borges.

Whatever their subject (eternity or the metaphor, Homer or the cyclic nature of time, our idea of Hell or Xeno's paradox), however modest the form they took (book reviews, footnotes, refutations of a thesis), Borges' essays are above all unconventional propositions, an invitation to think in a new way about something commonly accepted, a quiet intellectual dissidence. What is admirable about these proposals is that they do not impose on us a formula: everything is transformed into a hypothesis that we are free to agree with or not. The skill and seduction of the text is that, however absurd or incredible the hypothesis may appear at first, in the end the temptation to accept it is irresistible.The major question underlying a study of Borges, essential to any investigation of literature, concerns the limits of language and how to represent the world with a succession of sounds and conventional signs (Borges, quoting Chesterton, writes of "grunts and squawks"). The very nature of language is a sober warning to the writer who wants to create something new: the most language allows us is to reiterate, with variations, what has already been said. That is, we can achieve success only by working within the tradition, not against it. In this way it is possible to understand why the theorists of modern linguistics and representatives of the French "new criticism" have found Borges' ideas so stimulating and have added him - to their own surprise - to the list of forerunners of their most sophisticated luminaries. JOSÉ MIGUEL OVIEDO translated by Richard Shaw