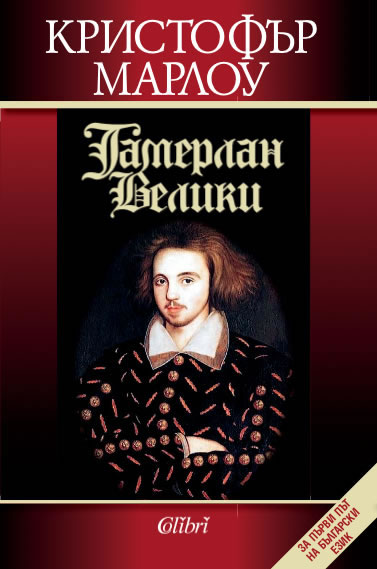 Tamburlaine the Great achieved, and sustained, great success on the Elizabethan stage. And it speaks provocatively to our own time, when it has been the subject of numerous major productions. Timur Khan--to give Tamburlaine his original name--was long perceived in the West as a ruthless conqueror, whose career was marked by vindictive massacres, the sacking of enemy cities and the assertion of egotistic will. In this light, his career connects with twentieth-century experience of genocide, ideological justifications of brutality and conflicts of rival religions’ faiths. It is significant that the 1990s--four centuries on from Marlowe’s play--have seen the development in Uzbekistan, of a vindication of Timur, perceived as a heroic and admirable figure in this state newly "liberated" from the Soviet hegemony.

Christopher Marlowe (Cristofer Marley in his autograph) was born in Canterbury, the son of a shoemaker. He attended the King's School and was awarded a scholarship from the foundation of Matthew Parker, Archbishop of Canterbury. Marlowe studied the Bible and the Reformation theologians as well as philosophy and history at Corpus Christi College, Cambridge. In 1584 he took a degree of A.B.

Instead of continuing in Cambridge, Marlowe left his studies to carry out a secret mission for the government. In 1587 he took the degree of M.A. University authorities, believing he had been converted to Catholicism, were first unwilling to grant his degree. It did not help him either, that he had been away too much from his studies. When the Queen's Privy Council interceded on Marlowe's behalf, the dispute was settled.

Instead of taking holy orders, Marlowe went to London and became a dramatist. He made important friends, including Sir Walter Raleigh, who had started the first colony in Virginia, and who was contending with the Earl of Essex of Queen's favours. Most likely Marlowe began writing on leaving Cambridge. His first dramas were composed in blank verse. It is assumed that the first part of his TAMBURLAINE THE GREAT was performed in London in 1587. In the play Tamburlaine burns the Koran and after conquering the world he wants to conquer the heavens.

In 1589 Marlowe was charged with the murder of William Bradley and sent to Newgate Prison, but acquitted after two weeks. It was not the last time when the quick tempered author was arrested and jailed. In 1592 an injunction was brought against him because of a street fight, in which a man was killed. Marlowe was also deported from Netherlands for counterfeiting gold coins.

Numerous plays have been assigned to Marlowe. Unfortunately, Marlowe neglected to publish authoritative texts, and his literary remnants consist much of incomplete works. However, his blank verse, written with great intensity, and villain-heroes - a new type on the English stage - influenced deeply the theatre of his time. The poet Algernon Charles Swinburne (1837-1909) observed of Marlowe that "the father of English tragedy and the creator of English blank verse was therefore also the teacher and the guide of Shakespeare." Shakespeare and Marlowe both wrote plays for Lord Strange's acting company and influenced each other's work. Also Shakespeare favored the blank verse.

Marlowe's major plays were written between 1585 and 1593, among them Tamburlaine, Parts I and II, and THE JEW OF MALTA, a tragedy and parody of Niccolo Machiavelli (1469-1527). Machiavelli - or Machiavel as Marlowe calls him - is portrayed as the embodiment of political manipulator. "If one takes The Jew of Malta not as a tragedy, or as a "tragedy of blood," but as a farce, the concluding act becomes intelligible; and if we attend with a careful ear to the versification, we find that Marlowe develops a tone to suit this farce, and even perhaps that this tone is his most powerful and mature tone." (T.S. Eliot in Selected Essays, new edition, 1960)